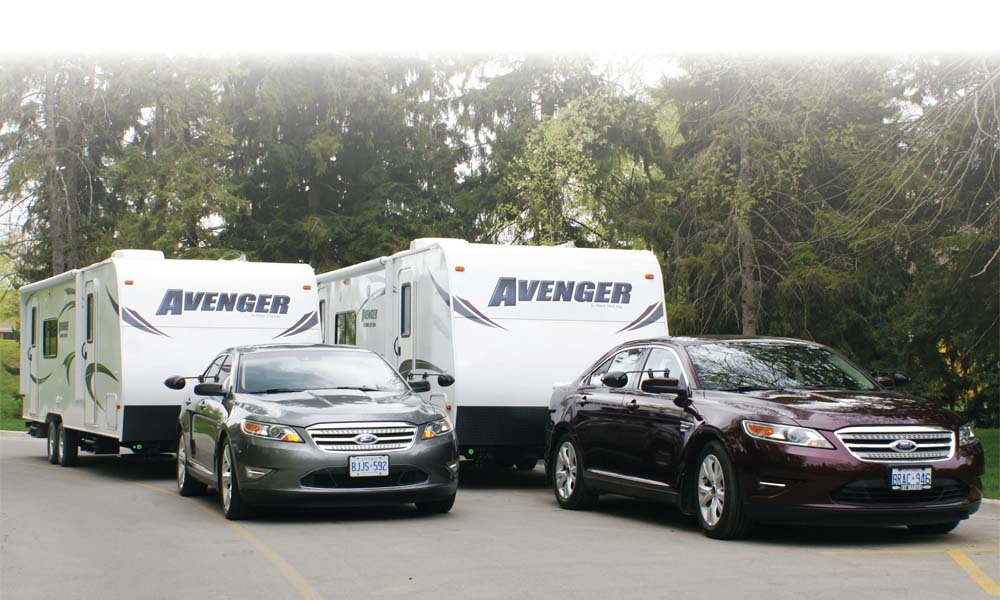 For the last two years one of our favorite tow vehicles has been our Taurus SHO. It currently has 55,000 kilometres (with a substantial amount of that mileage towing). With its combination of performance, fuel economy and handling, the Taurus SHO offers great value. The only other tow vehicle that comes close to the same level of performance for the value is perhaps the Chrysler 300C (with the Hemi), which costs $44,000.

The less expensive alternative is the Taurus SEL. It doesn’t have all wheel drive or the EcoBoost engine, but at $28,000 it’s much more affordable. We thought it would be interesting to conduct a comparable towing test with the SEL to see how much of a difference there was for the $15,000.

We have had our Taurus SEL for the last three months and are pleasantly surprised about how nice of a car it is. We love its precise suspension tuning as it easily makes up for the longer than ideal rear overhang. We expected the SEL to be considerably soft, but to our surprise it feels like the spring and shock tuning is identical to the SHO.

The 18-inch tires have slightly more sidewall roll than the 20-inch tires on the SHO, but the handling is virtually the same. Solo fuel economy is also slightly better with the SEL. For instance, with the two cars running in sequence at 110 km/h, the SHO revealed 8.3 L/100 km while the SEL delivered 7.9 L/100 km. The SEL is not operating all wheel drive and the narrower tires should have a little less rolling resistance. The Highway EPA ratings are 29 U.S. MPG for the SEL and 25 U.S. MPG for the SHO. We did not see nearly the huge difference between the fuel economies of both vehicles likely because we were running 110 km/h and the EPA test requires slower speeds.

I have had a few emails from readers mentioning that I never test “ordinary” trailers. So, for this evaluation, we used a pair of standard-built 25RL Avenger trailers. While the Avengers have the fibreglass skin option, they are built with traditional basic wood construction on a standard chassis with leaf springs. They don’t have slide-outs but they do have wheel wells. The overall height of both units is 10 feet, three inches, the length is 28 feet, 11 inches and they weigh 5,680 pounds.

Although I am a firm believer in independent torsion axle suspensions, which provide many handling advantages, one good aspect about a conventional leaf spring suspension systems is the weight equalizes between the front and rear axles – even when the trailer is not riding level. While this does nothing for handling, it allows users to set the hitch a couple of inches lower, which helps with aerodynamics.

The Results from our Test

What’s interesting is that in the end, the SEL provided better mileage solo, while the SHO towed a little better. At 100 km/h, the SHO averaged 21 L/100 km (or 13 miles to the old imperial gallon) while the SEL averaged 22 L/100 km, which provides 12.5 MPG. Both towed in fifth gear at approximately 2300 rpm so the EcoBoost has slightly better fuel economy over the same size naturally aspirated engine (that’s if you are disciplined enough not to enjoy all the extra power too much).

Zero to 100 in less than 35 seconds is generally considered adequate. In first gear there’s plenty of torque to start even the heaviest trailers up a hill. While 254 pounds of torque does not sound huge these days, a first gear ratio of 4.48:1 and a final drive ratio of 3.16:1, generates 3,062 pounds of forward thrust.

The Taurus is a substantial car as it weighs 4,000 pounds, about the same as the old technology of a full size Crown Victoria we towed with 20 years ago. As it had a big, heavy cast iron V8 and a cast iron rear axle, I would guess there’s twice the steel contributing to the Taurus body structure, which makes it very tight and quiet.

A few issues ago I wrote an article about the diesel SUVs and we do get a large number of people in for hitch installs on them. It’s the tow vehicle of choice at the moment. The other day I had a young couple in who own a 26’ low profile light-weight trailer and they were looking for a used diesel SUV. I suggested they consider a new Taurus SEL. The trunk holds more rear storage than most SUVs (and twice as much if you still want to see out the back window). There is also more than enough power to take them anywhere in North America. While diesel SUVs are efficient, they waste most of their efficiency pushing the taller and heavier SUV down the road.

In the end, fuel costs are going to be the same if not slightly higher than the Taurus. Certainly maintenance and repair costs will be less on the much simpler Taurus SEL, plus it is more fun to drive as a daily vehicle. It’s also quite an attractive car. From every logical way to look at it, the Taurus is a much better investment than a used diesel SUV for the same money. However, the young couple looked at me like I was from Mars as they really wanted an SUV. I guess that just proves that logic rarely drives a vehicle decision. 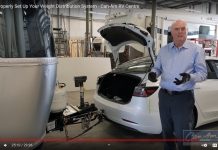