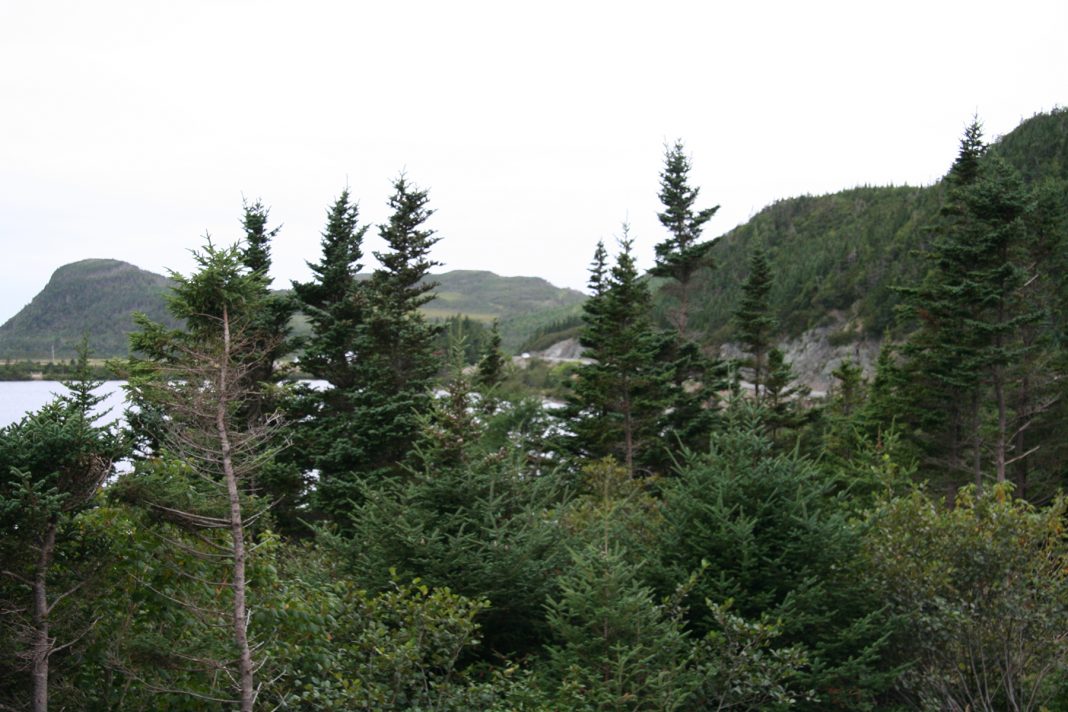 Travelling in Newfoundland is very rewarding, but even more so when you leave the well-travelled routes and explore the more remote areas. This is a great way to leave the crowds behind and see the quiet, peaceful little villages of this beautiful province. 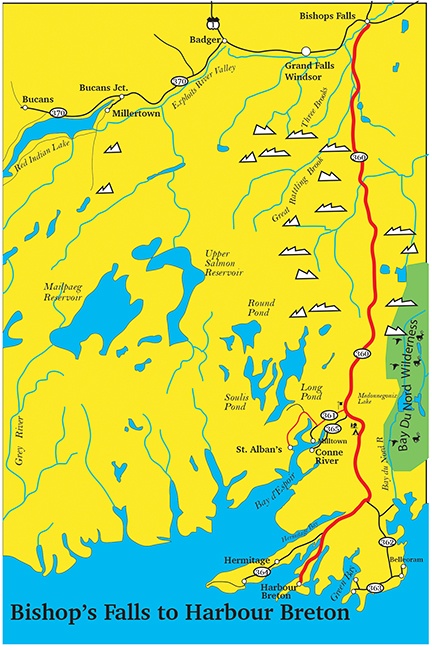 Harbour Breton is located at the end of Newf-360, the Bay D’Espoir Highway. This is a good road that leaves the Trans-Canada highway at Bishop’s Falls and travels southward for 200 kilometres. One of the things that make the drive enjoyable has to be the ever-changing scenery. This is real wilderness. An undulating road passes through dark forests at times, and at others climbs onto the glaciated regions where the rock is at the surface, soil is shallow, and sometimes sparsely covered with vegetation grasses, bushes, and small trees. Nearer to the coast, the route climbs somewhat, eventually twisting along the fjords. This part of the highway has several areas where you can stop and view the scenic fjords and waters of the Bay. Some of the cliffs along here are really steep, and if you go wandering off for a better place to get a picture, you must be careful of the loose soil and rock along the tops of the fjords. You also are likely to view moose, or caribou as the streams, ponds, and open areas present excellent forage places.

There are no facilities on this highway so fill your tank before you leave, take some water, and a few snacks. This will have to do until you reach Harbour Breton. Stop at the Coast of Bays Arts and Exploration Centre near the intersection of Newf-361. The displays will help you understand the past, and there will be information to help you explore the area by pointing out special points of interest. The friendly staff will also tell you if there are any special events taking place. There are also washroom facilities.

Off to the east is the valley of the Bay du Nord River with headwaters only 60km from Gander. For many kilometres it flows across the barrens and glaciated terrain of Newfoundland carving a path through bogs, and fens, and connecting scores of lakes. At Medonnegonix Lake it passes into a fast running river with many rapids and at least one 20m waterfall as it drops down through the rugged coastal hills. Its challenges, and the beauty of the unspoiled region make it a favourite with canoeists who know the secret.

The Bay du Nord Wilderness Reserve is a vast protected area of relatively undamaged wilderness with 3000km2 of bogs and marshes, rivers and ponds. Mt. Sylvester is a rocky mountain, 370m high, and provides a good spot from which to view the area. The reserve is good for canoeing and protects one of the largest river systems. It is the calving area for some 15,000 woodland caribou that spend the winter eating the lichen buried beneath the snow.

As the climate changed, as climates do normally, there began a long sustained warming trend. The glaciers that scratched, gouged and shaped this region, melted, leaving behind scattered rocks (erratics), ponds, and lakes.

As is the case with much of the Barrens region, trees are scarcer and smaller. Balsam fir is a predominant tree along with larch and black spruce. Partridgeberry and crowberry plants are also common.

Newf-360 climbs to the high barrens at 300m with terrific views of the Hermitage Bay fjord and rugged coastal cliffs. The highway climbs through terrain that has been dissected by glaciers. It’s a nice drive as the road climbs and descends through lightly forested hills. Many fjords are carved into the plateau and from the high points there are many spectacular views of sparkling water and green forests with bare rock showing through. Much of the landscape is covered with very short vegetation and bushes, with pockets of thicker trees standing nearby. Hermitage Bay is part of the Hermitage-Dover Fault which marks the edge of the collision of North America with the European and African continents. Rocks on the eastern side are up to 600 million years old, while on the western side of the fault they are young at 400 million years.

The Bay du Nord River crosses the Hermitage Fault which at this point is a wide valley. The fault is the dividing point between two distinct rock formations of the island. This river is included in the Canadian Heritage Rivers list. Geologically this area is important because of the width and the viewability of the event.

A long descent through the glaciated valley brings you at last to Harbour Breton. The settlement is located in a protected bay surrounded by green topped cliffs with sheer drops on most sides. This is a very old fishing centre and probably the largest and most important of all the scattered communities in the area. As is the case for most of the settlements, the homes with their colourful paint jobs and coloured roofs are outstanding in their appearance.

The village’s location is the result of the glacier. This area, when covered by the great continental glacier, was depressed more than 20 metres. That resulted in the ocean levels being much higher. When melting began, the run-off, carrying sand and gravel, created a large flat-topped delta. The land rebounded after the ice had melted, and part of the town is now sitting on the side of the delta where the glacier came to rest. 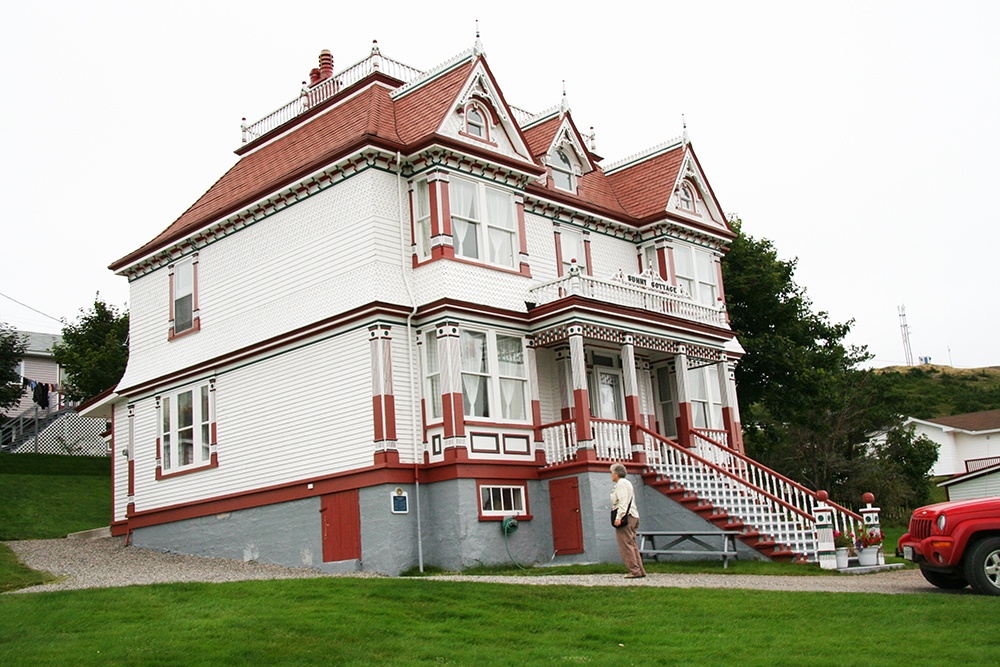 Make sure you get a chance to visit Sunny Cottage Heritage Centre and see the beautiful Queen Anne type home built in 1907. The outside is a magnificent piece of architecture and the inside has all the beautiful rooms, banisters, and woodwork one expects to find in such a place. In the bedrooms you will see the pitcher and vases for hot and cold running water, as long as the maid was doing her job. You will see a table set for supper with the best china. The people who lived here, lived in comfort, and style.

Period dressed guides tour you through the building with an opportunity to taste test the traditional food. If you get the opportunity to go to the roof, you can stroll around in the Widow’s Walk, a place where wives stood to watch for their husbands coming into the bay in their fishing boat, home safely at last, although sadly, not always true.

If you are camping, what a restful stop you’ll have in their bay side park, which is available for picnicking, and camping. Your view across the beach, backdropped by the mountains, is a perfect reason to come here. There are 5 sites with water and electrical, 10 tent sites, and washrooms with showers.

A pleasant stroll from the campground will take you along the shores of Deadman’s Cove. It’s generally a quiet walk, and when the ocean is smooth you can see down to the bottom and observe the schools of fish.

In the other direction there is a walking trail up to the top of Gun Hill. It’s a stiff walk, so I suggest you take your time to stop here and there and enjoy the beauty of the place. If the weather is on your side, you can get amazing pictures that include the green of the mountain sides, and the very, very blue of the ocean waters.

Be sure to stop and pick up a map of the town at the Elliott Premises. There will likely be trail maps too. The town considers itself a walking town, and that’s definitely a perfect way to move around, especially if you are going to take time to investigate and discover the hidden treasures of Harbour Breton. The many trails will provide you with some exercise, and great viewing enjoyment.

When you are in the area, you might explore some of the other ocean settlements. The sea was a way of life for the settlers here. You don’t see many areas suitable for farming, but fishing sustained their lives. The boats were their means of making a living, and a way to get to other places. Roads have only appeared in later years. As you go to each port you can see by the buildings, that these people had a good life, although hard at times.

St. Alban’s offers hiking trails and fishing. It is an important region for growing Steelhead salmon and rainbow trout taking advantage of the warmer waters of the southern coast. In the 1760’s, Captain James Cook spent much time mapping the coast at the request of England. Cook’s Landing has Interpretation signs to show the explorations of Capt. James Cook and his visit there during his mapping of the island.

Drive to Conne River to visit the Miawpukek Nation. This is a unique reserve where you can explore a Mi’kmaq village and visit the Arts and Crafts store. In early July there is a big Powwow and people come from great distances to attend the festival. Camping is available at the Jipujij’kuei Kuespem Nature Park 12km away.

All over Newfoundland there are similar long sideroads that run from the main highway to distant settlements on the ocean. We have visited a great many of them. The drives were often long, but always enjoyable for their scenery. The people we met were very friendly – a characteristic that Newfoundlanders are famous for. Don’t put off your first visit to the area – it’s a gem in Canada’s Eastern provinces! 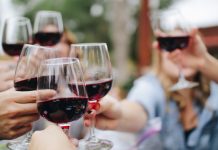 Settle in at Sam’s Town KOA

Find your place in the sun at Ocean Grove RV Resort,...