Curated for RV Lifestyle Magazine by our friends at Pitchup.com

There is no better activity to reset and reconnect with nature and the greater universe than stargazing. Whether you are a novice or an avid stargazer, a camping trip is the perfect way to take the activity to the next level, especially as outdoor enthusiasts try to make the most out of autumn weather.

The International Dark-Sky Organization designates and protects parks around the world that are known for their minimal light pollution and uniquely dark skies necessary to fully observe the stars, planets, comets and more astronomical wonders.

Little Heaven Ranch is an off-the-grid campsite outside of Grand Canyon National Park, a Dark Sky Park known for its jaw-dropping views of faraway planets like Saturn, Mars and Jupiter, and other galactic phenomena. The remote campground is meant for adventurers looking to soak in the wilderness and detox from modern life; power is not provided and quiet hours are implemented between 10 PM and 6 AM, so campers can truly tune out and take in the constellations above. 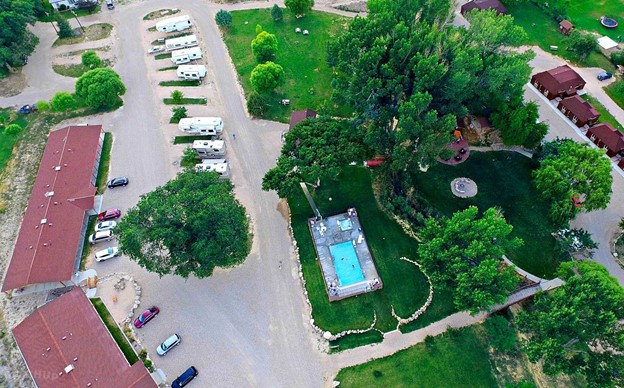 Campers at The High Desert Ranch, a laidback campground that boasts unpolluted skies amidst Colorado’s towering mountains, can take a picturesque drive to the lesser-known Great Sand Dunes National Park, a designated Dark Sky Park filled with otherworldly sand dunes and clear skies – visitors can even bring a sand sled to surf the dunes beneath the interstellar glow for a once-in-a-lifetime experience straight out of a sci-fi movie. The High Desert Ranch is a working ranch and home to Colorado’s second largest herd of elk, offering tent and trailer sites until October 1st on Pitchup.com (pro tip: late summer and fall is the best time to catch unforgettable views of the Milk Way at Great Sand Dunes).

The carefree glamping site Selina La Fortuna is minutes away from Costa Rica’s active Arenal Volcano and near the equator, so visitors can catch a glimpse of both northern and southern constellations, as well as the rare Magellanic Clouds, the two irregular and distant dwarf galaxies discovered by Ferdinand Magellan in the 16thcentury. Selina La Fortuna is designed for free-spirited travelers with their heads in the stars, featuring a mural-splattered co-working space, outdoor pool and A-framed tipis that globetrotters can instantly book on the road via Pitchup.com.

For tips on stargazing click on this link to read the RV Lifestyle Magazine special feature:

Ride the Tide of Travel to the Oregon Coast