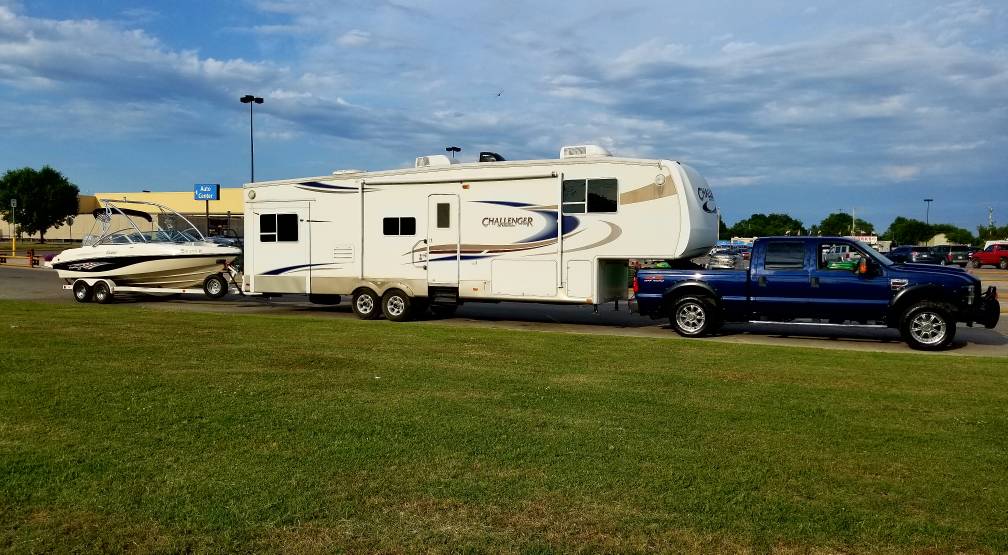 Here is a Hitch Hints column from our RV Lifestyle Magazine archives – this article first appeared in 2014.

It’s not uncommon for RV’ers to write to us about various topics regarding towing, hitches, products, or assistance on their current trailer set up. Below is an interesting letter (and the subject of this column) I recently received from a reader.

We have a single axle 17-foot trailer with a 3,500-pound axle rating. The tires are 205/75R x 14” load range “C” trailer tires. They are rated to carry 1,760 pounds each, a little more than the axle capacity. On our first long trip we had a tire failure, making this the third tire failure in three years (two on the right side and one on the left).

We tow approximately 10,000 kilometres per year. When I mentioned I was having trouble to the tire manufacturer, they told me I was likely driving too fast, or the trailer was overloaded. The speed limit on the trailer tires (according to him) is 65 mph. We tow at 65 mph and not any faster, except for very short intervals. We then went to a scale and found that we were right at the limit of the axle weight of 3,460 pounds.

I have noticed there is a 215/75R x 14 tire available with 110 pounds more capacity. A tire store suggested changing to 15-inch rims and installing 225/75R x 15” tires but when they looked at the trailer, they said there was not quite enough room in the wheel wells for them to fit. Do you think the 215/75R x 14’s will solve our reliability problems or is there something else I should install?

Unfortunately, trailer tires can be borderline on quality. They work for the average owner who tows moderate distances. It is correct that 65 mph is the speed rating. While you may not think you tow a great deal, you are towing far more kilometres than the average trailer owner. The 215’s would be more reliable than the 205’s, but only slightly. Instead of replacing with another trailer tire, there are other options that will provide excellent reliability, a smoother ride and more traction in a panic stop.

Fourteen-inch tires are becoming quite rare as very few cars use them. Fortunately, BF Goodrich makes a modern version of their classic TA radial for those that restore the 1960’s muscle cars. We regularly replace 14-inch trailer tires with P225/70R x 14” TA’s. This is usually done on relatively light tandem axle trailers. Unfortunately, you can’t use them because the load capacity is only 1,675 pounds. You could likely run the TA’s overloaded and never have a problem, but I don’t see that as a worthwhile option. So, the answer is to change to 15-inch wheels. The tire to mount on them is a Yokohama 215/75R x 15 LT (Light Truck) load range “C.” This tire is rated for 1,764 pounds.

The Yokohama’s will be completely reliable, and you can keep the best of your old tires to use as spares, which you will likely never need. The LT tire is larger than your trailer tire and the tire itself weighs 31 pounds versus 23 pounds for the trailer tire. The rated load capacity is almost the same. Obviously, the tires are built to a different standard.

While we are on the topic of tires, we have been having a lot of success with a slight tire change on many of the fifth wheels in circulation. Six thousand-pound axles are commonly used on large fifth wheels, but some are just slightly too heavy for the 6,000-pound axles, so they install 7,000-pound axles. When they do that, they install Load Range “G” 235/85R x 16” tires that are rated for 3,750 pounds each and have a 110 PSI capacity. These tires are much better than trailer tires but still not fantastic for reliability. Since they are basically a commercial truck tire they don’t like sitting for extended periods, I have noticed that the customers who have had trouble are the ones that leave them sitting for awhile. The only other issue with the “G” is that it is a pretty hard riding tire especially if your trailer has a simple leaf spring suspension.

What we have noticed is many of these fifth wheels have a little more than 6,000-pounds per axle when loaded for travel, which is too borderline for a reliable E range tire. When many of these units were built, the heaviest load capacity 16-inch tire was a 235/85R x 16” LT at 3,042-pounds per tire. Since then, 265/75R x 16” tires have become available that carry 3,415 pounds per tire or 6,830-pounds per axle. They do it at 80 PSI so the ride for the fifth wheel is much smoother, and reliability is excellent.

We generally use Michelin tires in this size, and I am sure there are others that are great as well but since we have a good track record with the Michelin, we stick with them. This tire is the same diameter as the 235/85 but it is 30 millimetres wider so, on occasion, we have had to trim the plastic wheel closeouts a little for clearance. Everyone that has done this change has commented on how much smoother fifth wheels tow and how well items inside stay in place.

I have ridden in fifth wheels before and after the change on the same road the difference in ride is remarkable. Flex around the glide-room openings is almost cut in half, which has to be good for the long-term structure of the unit.

Any time you want to make a tire change the first thing to do is load your trailer with everything you would have in it for travel (including a full water tank etc.) then take it to a scale and weigh the trailer axles. If it is a tandem, divide by four to get individual tire loads. For example, a large fifth wheel may have 13,200-pounds on its axles so 3,330-pounds per tire. In this case the 265/75R x 16” tire is a great choice, but if it were 14,000 pounds on the axles you would need to stay with the G-rated tire.

Thanks for writing Tom and if you have any follow up questions send an email and we can help you out. 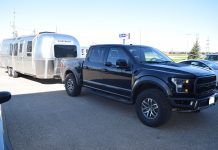 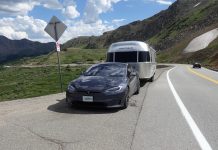 Long Distance Towing – with a Tesla and an Airstream

How Safe is Your Rig?