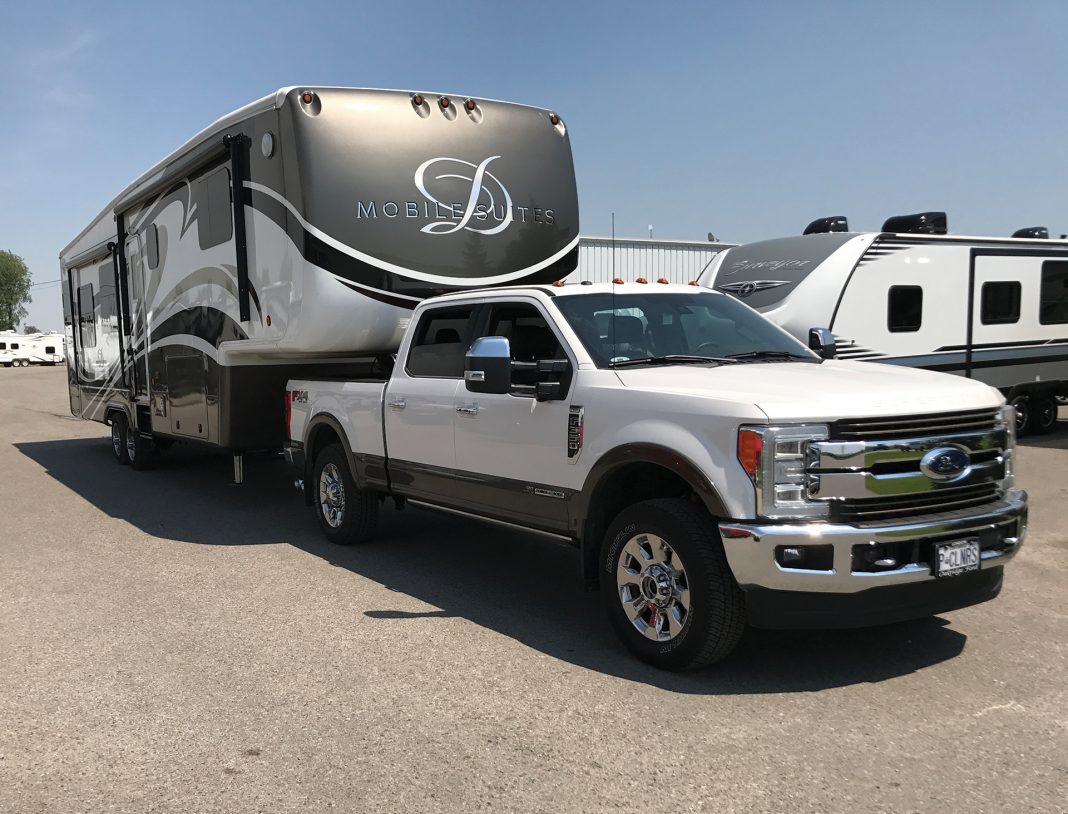 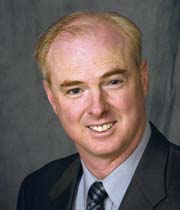 A couple of issues ago, I wrote about how tall many of the new pickups are becoming, and the difficulty of fitting and towing fifth wheels to some of them. It appears that many fifth wheels will need to be raised to work with some of these trucks. This is not totally new – over the years we have had to do this with half-ton towable fifth wheels to make them fit onto three-quarter ton trucks and one-tons. Although there are many ways to raise the suspension, we have settled on one method that we find works well and has a proven track record.

Recently we had a customer bring in a 2017 F250 paired with a 36’ mid-profile fifth wheel. This unit was typical of most long mid profiles with 16” Tires.

The 2017 Ford, as I mentioned in the earlier article, is now 59” to the top of the box unloaded. Even though this fifth wheel had a bedroom slide, it was only heavy enough to sink the F250 to 56” to the top of the box. The bottom of the goose neck on this unit when level is 55”, so to get 6” of clearance for articulation, the fifth wheel was 7” too high on the front end. This not only looked ridiculous but also put the bumper far too close to the ground for clearance in dips and on uneven roads. Another possible problem is that the tops of the rear tires come very close to the floor above them due to the angle of the fifth wheel chassis when hitched to a tall truck.

In this case, there are two options: raise the fifth wheel suspension, or lower the back of the truck. The truck has a 3” spacer between the axle and springs and there is an aftermarket spacer that lowers this 1.25”, but 1.25” will not be enough, and when you change things like this you can also run into issues with driveline angles and other components. So we decided to raise the trailer height.

In theory, the trailer would have had to be raised 7” to be level when connected, but we knew the truck was new, so it will likely settle an inch or so after a few thousand miles, and this would bring us down to 6” of excess height. If we raised the trailer 6” it would have looked ridiculous and we would have needed new entry steps. Raising it 3” would be all that is needed for drivability, and this would give the back tire lots of clearance to the floor above, and it would return the bumper clearance to the original height.

Some may worry that towing a unit a little high at the front will overload the rear axle. On this trailer, with standard leaf spring suspension, it is not a concern. The center carrier equalizes the weight between the front and rear axles so we don’t have to be completely level for the suspension load to be even. This is not the case on fifth wheels with independent suspension, where you will want the trailer to be close to level or you will be overloading the rear axle. 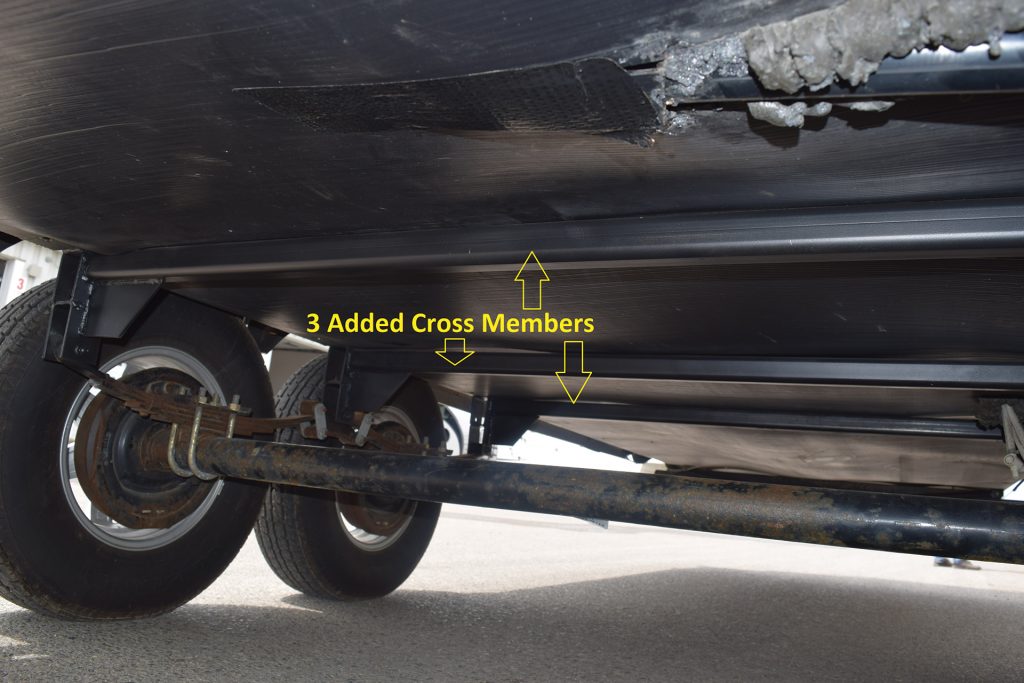 So now that we know we are going to raise the trailer, how do we go about it? You can remove the U-shape spring brackets from the frame and manufacture longer ones, however this involves cutting the original ones off the frame. The other option is to add flat iron to the sides of the existing “U” brackets to lengthen them, but they get flimsy at that length.

For years, the way we have raised trailer height is to purchase 6 replacement spring brackets in the length we want to increase the trailer height, so in this case we purchased 3” tall brackets. We weld these to the bottom of the existing brackets. This way, we automatically keep the alignment correct and the height change uniform. It also effectively puts a cross member in the bracket, partway down.

Spring brackets don’t work very hard going down the highway. They are challenged during sharp turns at low speeds, when the two axles are being pushed in opposite directions. With the additional length, the hangers would be liable to bend off sideways, so we add a cross member of 2” square tube between the hangers, and then gusset the new hangers to it. This makes the extended hangers stronger than the originals. 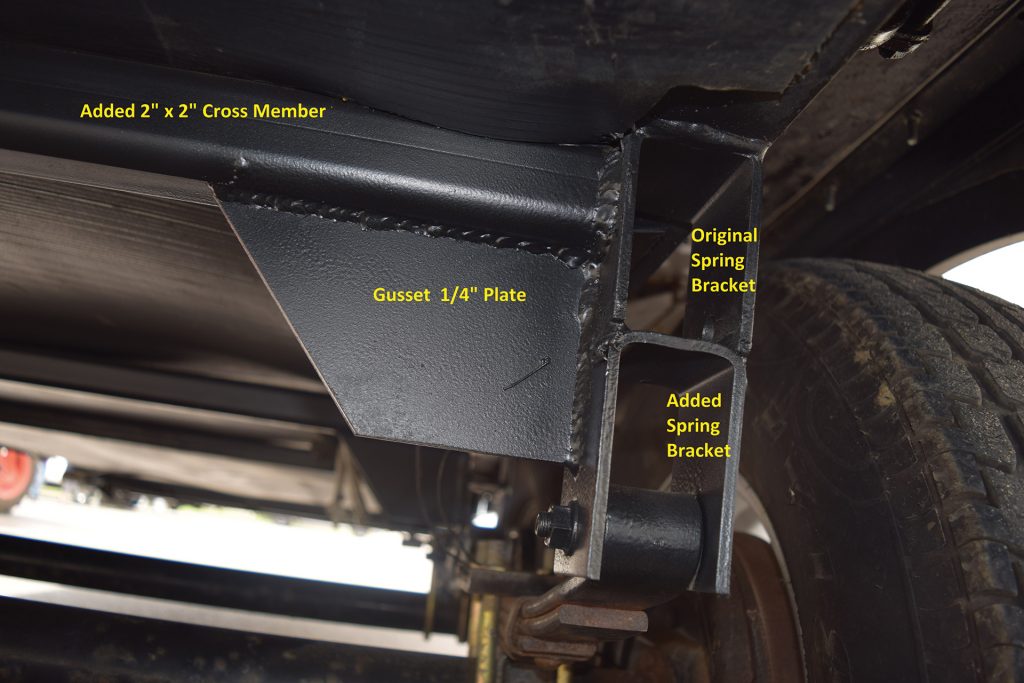 For the fifth wheel we are describing, once complete, the combination drove fine and just driving down the highway there was no perceptible difference stemming from the added height. Of course, if we took it on a slalom course the height would come into play, but most people won’t be towing a fifth wheel that aggressively.

I have not yet seen an F250 two-wheel drive, but the specs show it as 3” lower than the 4×4. If you don’t absolutely need 4×4, then it is likely that the 2WD would be a better towing truck. Besides the lower height, you also get independent front suspension so the ride and handling are considerably better. For the additional purchase price and operating cost of a 4×4 you can call a tow truck several times per year – and as bonus you will only be slightly stuck with a 2WD – not completely buried the way a 4×4 can do you in.

Just something to consider.

Andy Thomson has been writing for RV Lifestyle Magazine for more than 25 years. He also owns and operates Can-Am RV Centre located in London, ON. 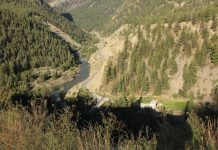