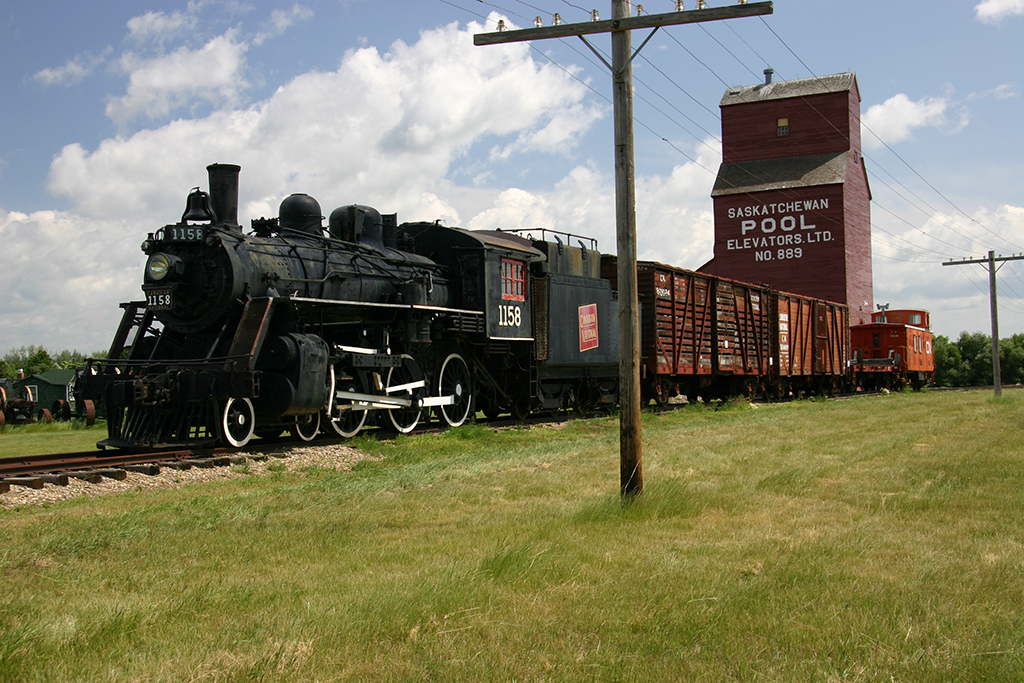 Celebrating Canada’s 150th:  The story of the CPR

During the early 1800s the separate Canadian colonies of Britain limped from one major problem to another trying to make their way in a rugged country far isolated from the governing British Government.

In 1841 the British government tied together Upper Canada (Southern and Eastern Ontario) and Lower Canada (now what is southern Quebec) to create the Province of Canada with Kingston being the capital. Serious discussions took place with the eastern colonies who eventually agreed to join the confederation of Canada, and Upper and Lower Canada became the provinces of Ontario and Quebec. The British government proclaimed the formation of the Dominion of Canada on July 1st, 1867 and Sir John A. Macdonald was the first Prime Minister. The capital was now at Ottawa, a small town on the Ottawa River.

Our country was only beginning to come together. It lacked the colonies of Prince Edward Island, Newfoundland, and British Columbia plus an immense northern landscape that belonged to Britain or the Hudson’s Bay Company. After Confederation the rights of the HBC were purchased, and the British government handed over the North West Territories.

There still remained the problem of British Columbia. There was danger that British Columbia, heavily in debt, might somehow become part of the United States. This would block Canada’s access to the Pacific Ocean. When British Columbia was promised a railway within ten years, and acceptance of their debt, they finally joined the confederation in the summer of 1871. Making this railway possible was surely Prime Minister Sir John A. Macdonald’s most productive act during his long career in politics.

There is a big difference in dreaming a railway, and actually building one. By 1880 very little had been done. The Liberals had been in power and didn’t agree with the concept, which was now disastrously behind schedule. Some surveying had been completed and several miles of local tracks covered the countryside. Macdonald’s Conservative government returned to power and in 1880 a group took over the building of the Canadian Pacific Railway (CPR). They would be a partner with the government, would pay for the building of the railway and would own it afterward.

Part of the group’s finances would include 100,000 km2 of valuable land along the right-of-way, and several millions in cash, all of this from a nation with only 4 million people. After a disastrous start they hired a top notch engineer, William Van Horne, a man with a mind full of ideas, and who fortunately knew how to get things moving.

The track laying began in Montreal heading west, across the prairies, and in Port Moody, in British Columbia, heading east. This project was frequently short of money. Laying track on the prairies was rapid and straightforward. Use horses and men to create a raised bed, lay ties, place the track and spike it down, and repeat.

That pattern was not very swift in Northern Ontario which is a land of lakes, rivers, streams, and swamps with endless mud all lying midst the rocky remnants of an ancient range of mountains, now called the Canadian Shield. Here the job was blast a cut through the rock and fill in the swamp with the rock. Come back the next morning to view nothing but water. All the work previously done, was now sunken into the seemingly bottomless bogs. And maybe the work train was crossing one of these newly constructed swamp crossings when it tilted and everything disappeared into the water. Some crossings would likely have required corduroy construction, a system of laying logs perpendicular to the direction of travel and covering them with earth. The logs would spread out the load on the mud and partially float the load. Once buried in water the logs would last for years.

This was a slow and expensive route to build and there was continual political flak that said it would be cheaper to build, or use, USA railways south of the lakes. Of course this would have defeated the purpose of having an all Canadian route that wouldn’t be subjected to foreign influence and control.

The mountain section to the west proved extremely difficult. The building of bridges, and tunnels took money and lives of many workers. Avalanches often buried the work, and entire work trains. Defenders of the railway had a hard time keeping interest up for the project. Money lenders refused to lend money, and it took a special loan from the government to save the project. The government opposition was just not interested.

Just when finances appeared so very bleak, there arose the North-West Rebellion in Saskatchewan. The government sent troops and it was the CPR that quickly transported them to the west. The government put down the rebellion and seeing how useful the railroad could be, raised more funds which helped complete the railway.

At Last! In a remote spot west of Revelstoke, British Columbia, on November 7th, 1885, the company director Donald Smith, took a simple iron spike and drove it into a tie representing the final spike. He may have been a good leader for the company but he was not good on a sledge hammer, or maul, and bent the iron spike. It was withdrawn and another iron one was successfully driven home. A silver spike expected to be used never got there as it was held up by weather, and ended up back in Ottawa.

There is a monument along the TransCanada Highway where you can stop for pictures, and you also get an excellent opportunity to see it from the moving Rocky Mountaineer train as it heads to Vancouver.

Although there is a famous picture of ‘Driving the Last Spike’ it was a low key event with only important railway people in attendance. If you look at the picture you will see a small white face peering around the large body of Donald Smith. Young Edward Mallandaine leapt aboard a flat car and rode through a chilling night of snow and sleet to reach Craigellachie. There he squeezed through the crowd just in time to see the driving of the spike and become memorialized into history.

Over the next few months CPR spent a lot of money improving places where they had taken some short cuts to get the job done. On July 9th, 1886 Sir John A. and his wife rode a special train from Ottawa to the mountains. His wife enjoyed the scenery so much that she insisted on them riding on the cowcatcher through some areas of special beauty.

This was a railroad through wilderness and the cash strapped company was desperate to gain some income. They started by selling plots of land to settlers and they advertised heavily in Europe. The settlers arrived in droves and set up their small farms. CPR realized that these people would want to buy machinery and ship cattle and grain, and this would be revenue for CPR.

They began communication with their own telegraph and in 1882 started package delivery. But it still wasn’t enough. They needed more money. In 1883 railway workers discovered the hot springs below Sulphur Mountain and Van Horne encouraged the government to save some of the special places for national parks. The creation of Banff National Park was the first.

Van Horne advertised the beauty of the Rocky Mountains, and tourists came. But there were few facilities. So began the era of grandiose railway hotels. Chateau Lake Louise, and the Banff Springs Hotel were among the first. Banff Springs Hotel is perhaps the most magnificent when viewed from the adjacent mountain. The Chateau at Lake Louise is world renowned for the beautiful setting. These hotels catered to the wealthy and many things were done to help them enjoy their trip, including Swiss climbing experts brought in on purpose to help tourists climb safely.

Progress on improving the line continued with the building of several snow sheds in the mountains where winter avalanches had buried several trains. The difficult climb up the Big Hill with a horrendous grade of 4.5% was fixed with a milder 2.2% grade by the building of the world famous Spiral Tunnels in 1909. From the main highway at the parking overlook you can see a train entering the tunnel and coming out overtop of itself. Another good viewpoint is on the road up to Takakkaw Falls near Field. There is also the remnant hidden in the bush, of a steam engine that blew up trying to make the original climb.

Another major impediment to traffic was where the line crossed Rogers Pass. It was a serious avalanche area and trains don’t make money if they are parked in a snowbank. A half a billion dollar improvement project completed in 1988 would see a 14.7 km tunnel, longest in North America, passing beneath Mount Macdonald and lowering the grade to under 1%. If you camp in the area you can walk to the highway overpass and see where the tracks disappear into the mountain.

Over the years, the CPR expanded into ships and planes. For a while the CPR took their special business cars that had been built for their own executives, and offered them to the public as luxury rides. Eventually they were not needed because of the advent of air travel. Diesel locomotives replaced steam at the end of the 1960s, providing less maintenance and long service intervals before serious repairs would be needed.

The building of the CPR brought together a fragmented group of colonies and territories, and created one of North America’s most prosperous companies. Who would have thought this possible when viewing the financial books during construction years? The challenges to be surmounted were formidable –  from organizational, financial, and construction perspectives – if you want to view close-up the mountain country over which the architects of the CPR persevered, just ride the Rocky Mountaineer from Banff to Vancouver – the terrain and the scenery is incredible! 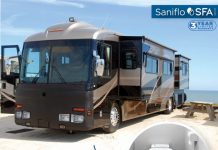 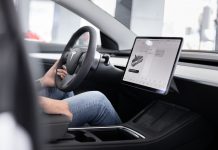 Are Hackers Targeting Your Vehicles? 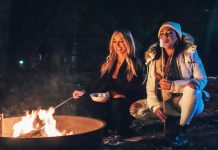 RVshare Survey Finds Kids Want a Say in Where to Go...