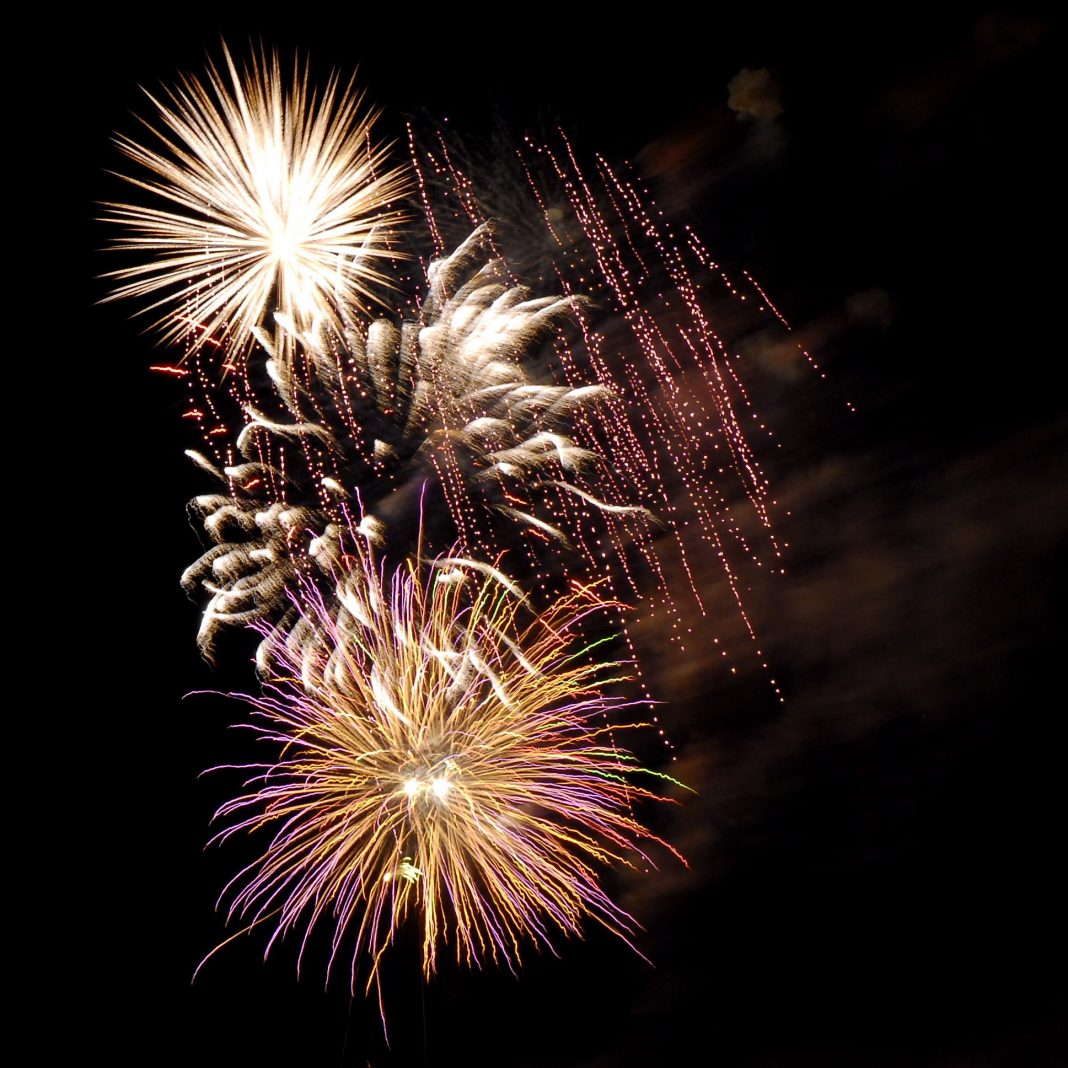 Text and photos by Norm Rosen

With Canada Day and the Fourth of July headlining the events for this long weekend, it’s only natural for RVing photographers to flock to the local fireworks display, with camera in hand, and dreams of spectacular images dancing through their minds.

I’ve been doing this for years, with pretty good results – here’s how I like to shoot fireworks:

You will need your camera, a tripod, a small flashlight to help you set the camera controls in the dark, and a freshly charged set of batteries.

1. When the display begins, find the spot in the sky where the burst occurs – most of the subsequent fireworks will be aimed in the same general direction.

2. Set up a steady tripod and aim the lens at the spot in the sky where you saw the first burst… start with a wide-angle focal length then zoom in as you become more confident in your aim.

3. The rule of thumb for fireworks is to expose for the black night sky – the fireworks will paint with light as the embers trace their path across the sky… I start with ISO 200 and about 5 seconds at f/8, and adjust from that point. You can guesstimate the exposure based on a distant street light or traffic signal – if the sky comes out black, and the light is nicely exposed, you are in the ballpark.

You could also take a meter reading off a Kodak Grey Card, and use that as a starting point for your first exposure.

I set manual focus to infinity, zoomed to fill the screen with the burst, set the camera on aperture priority and adjusted the aperture to between f8 and f16, letting the camera set the shutter duration automatically – metering the dark sky between bursts I knew that I would have an exposure of between 4 seconds and 10 seconds, long enough to let the embers trace their path across the sky.

With some cameras, aperture priority works great for fireworks shots. For others, it is better to shift to manual exposure – I start with about 5 seconds at f/8, ISO 200, and tweak the exposure from there – longer exposures in the 10 – 15 second range work best.

4. Use a remote or an electronic cable release to minimize camera shake.

5. Remove any filters – they cause ghost images and refraction between the front lens element and the filter surfaces.

6. Use the lens hood to eliminate as much extraneous light as possible from degrading the image.

7. If you use a zoom lens, try taping the zoom control to prevent “zoom creep”… as an alternative, you can deliberately zoom during the exposure for special effects.

8. Take a friend along to help keep an eye on your equipment, and prevent people from tripping over the tripod.

Take lots of pictures, and enjoy the evening!