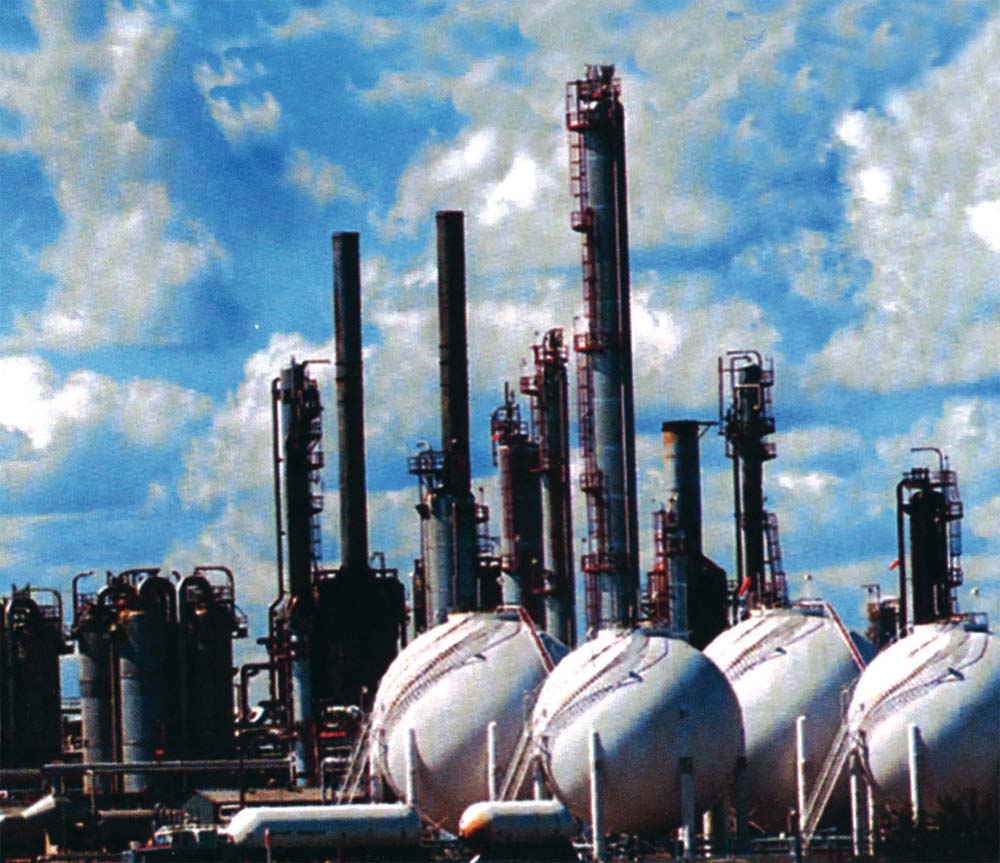 No matter how RVers enjoy camping – whether it be in a travel trailer, park model, or motorhome – RV enthusiasts depend on propane to power various appliances to cook, keep food fresh, heat water and even provide warmth. What’s more is the fact that it’s an inexpensive, safe fuel that’s easily portable.

It’s hard to imagine camping without it with its many applications. 2012 marked the 100th anniversary of its discovery and like any new invention of the early 19th century, it has an interesting history as it evolved into everyday use. Dr. Charles Snelling, son of the discoverer of propane gives an account of his father’s memoirs in a new book titled Propane in America.

In the early 1900s the oil industry was in its infancy and the only fuel people wanted to use was coal oil, kerosene and eventually, gasoline. When these fuels were completed the distilling process and extracted from the crude, people simply dumped the crude remnants on the ground or in rivers.

Propane and butane were originally considered waste gases that escaped at the well head. Since this gas was difficult to store and dangerous to transport, much of the volatile component was burned off. Today, propane and butane are often stored in vast salt caverns like those in Saskatchewan, Alberta, Texas, and Kansas. Excess gases are also burned off at refineries. 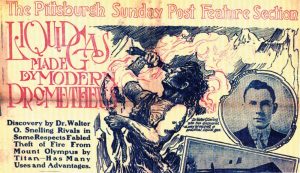 Originally “casing-head gas” was produced by compressing these volatile gases that flowed from oil or gas wells. This gas was allowed to weather in tanks so the volatile gases could vaporize. Since not all problem hydrocarbons could be evaporated, many explosions and fires occurred during the manufacturing process or transport.

If Henry Ford had his way, today’s cars would all be running on propane fuel instead of gasoline. In 1910, he promised a car that everyone could afford – the logical way to fuel these cars would have been with propane but this was not to be and the industry settled on gasoline as a fuel source. Within a few years thousands of new cars would require massive amounts of gasoline to be produced. Ten years later, there were four million “Tin Lizzies” on the road all powered by gas.

In one instance, a driver complained that gasoline was evaporating from the fuel tank of his new Ford Model T. He believed the escaping gas could explode and wanted the government to do something about it. An explosive expert from the Ministry of Mines, Dr. Snelling, was asked to solve the problem.

He purchased a gallon of gas at the same gas station where the driver bought his gas and put it in a glass jug with a cork. As the pressure built up from the heat of the day, the cork kept popping out. He heated, then cooled and liquefied the gas vapors and discovered that separate cuts of propane and butane could be captured. He used this to fuel lanterns and gas stoves and even as an alternate for automobiles. Snelling found that if he heated the leftover crude to a high temperature at high pressure he could reform the crude to distill it again, forming more gasoline. Many historians have named him as the father of the liquid petroleum industry.

Two cousins, CL Kerr and AN Kerr saw a future for natural gasoline. They purchased a casing-head gas facility near Pittsburg to produce gasoline and estimated that they lost 1400 gallons a day due to vaporization. By using a still, they were able to condense the fumes to form a liquid and store it in steel containers. This was the first case of liquid petroleum gas created from casing-head gas.

An inventor by the name of Franklin Peterson developed a compression/condensation apparatus that could liquefy large quantities of gas from oil and natural gas wells. In May 1912, he merged with Kerr and Snelling to form the first LP gas company, the American Gasol Company.

Snelling perfected the process to commercialize the concept. He recovered waste gas at refineries, pressurized it into a liquid, and stored it in containers that could be transported safely around the country and used as fuel for lighting. The partners sold the company in 1913 for $50,000 to Consolidated Gas Company of New York as profits were weak during the early promotion of the fuel. In the 1920s propane was used as a replacement for acetylene torches and metal cutting during World War I was accomplished by using propane torches.

In 1920, Carbide and Carbon Chemical Corporation entered the market and began promoting propane for cooking. Then, in 1928 Servel developed the first refrigerator powered by LP gas. Since the gas was stored at high pressure, regulators and valves were required to lower the pressure. Leaks were common in homes as the valves were made for natural gas and propane eroded the sealing compounds. Special fittings and regulators that were impervious to LP gas were developed in 1928 by Bastien-Blessing, Fisher Governor, and Reliance Manufacturing to solve the problems of leakage.

Several companies worked on creating a carburetion system to allow LP gas to be used in automobiles. Shell used relatively crude equipment from American Liquid Gas Corporation with a gas cylinder strapped to the side of the car so that the operator could control the valves. Today, the engines of many cars and trucks are powered by propane fuel instead of gasoline. In fact, a total of 3,800,000 vehicles operate on propane fuel worldwide and 22,000 conversions per year are being done in Canada. Additionally, 140,000 Canadian and 450,000 U.S. vehicles currently operate on propane fuel. 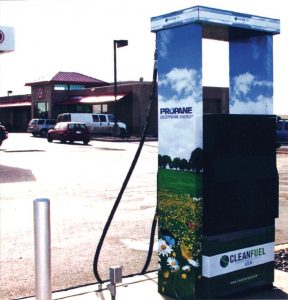 Since natural gas was only distributed by pipeline, homes in rural areas needed propane for heating. By 1947, 62 percent of homes were equipped to burn propane for heating or to run appliances. It’s very abundant and is used in many countries. Iran has the world’s largest reserves of natural gas and propane with Russia, Qatar, and Turkmanistan supply heating and cooking fuel for many eastern countries.

Shale gas in the United States and Canada is rapidly increasing as a source of gas. Led by new applications of hydraulic fracturing technology and horizontal drilling, development of new sources of shale gas has offset declines in production from conventional gas reservoirs and has led to major increases in reserves of US natural gas. Largely due to shale gas discoveries, estimated reserves of natural gas in the United States in 2008 were 35 percent higher than in 2006. Following the success in the United States, gas operations are beginning to sprout up in other countries around the world, particularly in Poland, China, and South Africa.

Propane is a hydrocarbon that exists as a gas under normal atmospheric pressure but can be compressed under pressure to form a clear, non-toxic, colorless liquid that looks like water. While it doesn’t have an odor to detect gas leak, ethyl mercaptan is added as an odorificant. It smells like rotten egg gas. When the valve is open (when using the gas) the pressure in the tank drops and the liquid boils just as a pan of water would boil on the stove. This releases the gas that expands to 270 times its volume. Propane will only burn when it’s in a gaseous form with a narrow range of flammability. If there is less than 2.4 percent or greater than 9.5 percent gas-to-air ratio it will not burn.

Since we cannot tell how much gas is present during a leak, anytime its scent is detected exit the building and leave windows and doors open. Also, do not turn on or off any switches that might cause a spark that could ignite the escaping gas. Turn off the main gas valve outside at the tanks and call the fire department. Since propane is 1.5 times heavier than air, it will flow to the lowest point. Once the leak is stopped, the gas can often be dispersed by the wind.

Propane cylinder safety valves are set to release at 375 psi and under-slung motorhome tanks release at 250 psi. In this case, lower the pressure inside the tanks by cooling them with the spray from a cold water hose. To help keep tanks cool on a hot sunny day, they should be painted white and kept covered. When the tanks need to be refilled, keep them in an upright position in a ventilated area. If the tank has been laying on its side during transportation there’s a chance liquid propane could be in the valve and a large quantity of vapor could escape the first time the valve is opened.

An adequate supply of fresh air is also required to be able to burn propane completely. If insufficient air is available, the burning process will not be complete and produce carbon monoxide that can be fatal. Twenty-five cubic feet of air is required to burn one cubic-foot of propane. When it burns completely, it produces heat, three cubic feet of carbon dioxide and four cubic feet of water vapor. Since water vapor is produced, any steel parts may rust.

RV units use a two-stage regulator to control the pressure of gas coming from your tanks. The first stage reduces the pressure from 250 psi to approximately 10 psi and the second stage reduces the pressure again to 0.5psi. This is done in two steps since RVs have more than one appliance that use different quantities of fuel. Without two-stage regulation, when the water heater or furnace is turned on at the same time while cooking the flame at the stove could extinguish. Single-stage regulators are only approved for use on appliances like barbeques or single burner camp stoves. 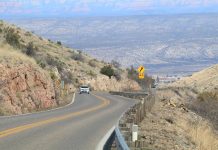 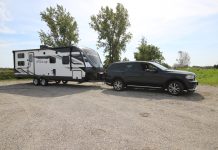 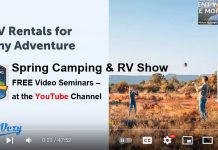