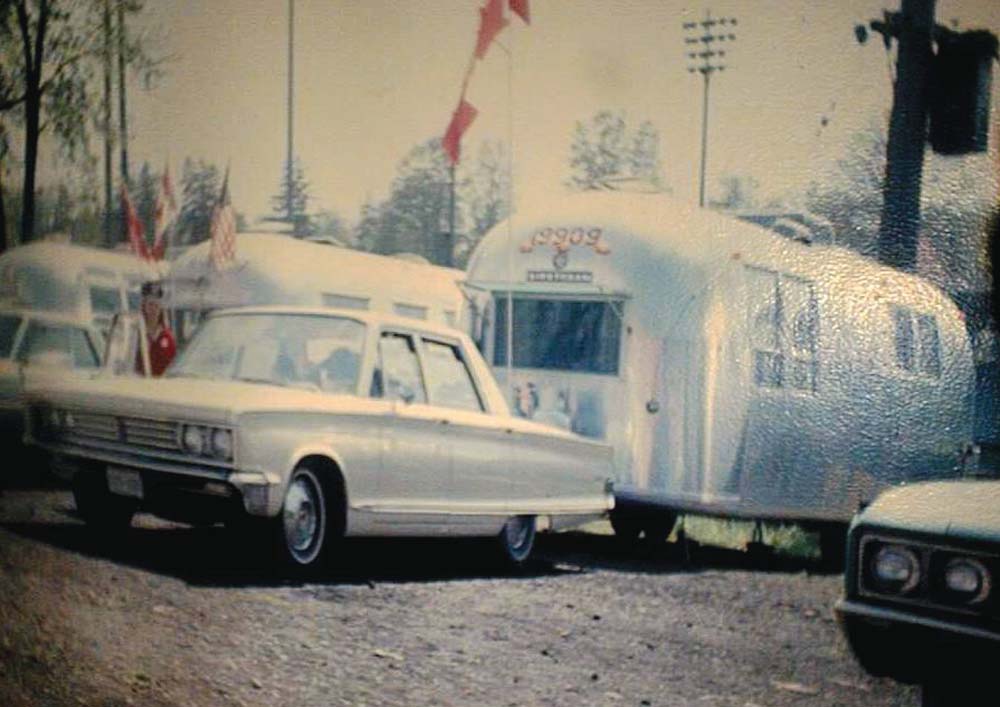 The trip Florida from Ontario is a pretty common one with the bulk of the travelers using Interstate 75 from Detroit to the sunny South. It was not always so. When my Mother was a little girl growing up in the depression, her dream was to visit Florida. Her very pragmatic mother told her to be sensible and not waste her time thinking about things that would never happen. As it turned out, Mom was able to visit every state in the union and every province of Canada.

When we were driving South this past December, to pass the time when one of my daughters was driving I wrote out a list of all the trips with all the vehicles I had taken to the Sunshine State over the years. The last trip was with a Taurus SHO and the first was with a 1966 Chrysler – with an interesting progression of tow vehicles in between.

The biggest hill on the way is Jellico Mountain, located just south of the Tennessee-Kentucky border. It’s a fivemile six percent grade. For years, Dad kept notes about fuel mileage and how the car worked on this hill. So, this time around, it was interesting to go back through it all.

The route I-75 has changed quite a lot over the years. In fact, for the first few years it was not even finished through Tennessee and was always quite congested. Today, it is three lanes most of the way and as other highways have been built, the traffic flows much better. There are campgrounds all along the route and plenty of truck stops and other support services.

One thing that has frustrated me a little when traveling in the United States is that most of the fuel pumps will not take a Canadian credit card to pay at the pump. The pump asks you for your Zip Code, which of course you do not have. Well, at a Flying J truck stop I wound up speaking with the manager and I happened to mention the credit card situation. He pointed out that with the Flying J card, I can enter in the three numbers from my Canadian postal code and then add “99” and it would allow me to pay at the pump. I tried it and it worked. It also works at Pilot Stations which owns Flying J.

Looking Back At Travelling To The Sunshine State

With time on my hands on a recent trip to Florida. I made a list of all the trips and all the vehicles I travelled in over the years when driving to Florida since 1971. The first trip was in a 1966 Chrysler and the last trip was with a Taurus SHO. You’ll notice an interesting progression of tow vehicles in between. (see chart on page 8)
Other Routes

When the weather is good, Interstate 77 through West Virginia and the Carolinas is a scenic route. Southbound, take I-75 to Findlay, Ohio, then two lane roads lead to Marysville, Ohio. It’s there where the Interstate will rejoin to the Columbus, Ohio bypass, then Highways 23 and 35 lead to Charleston, West Virginia where it picks up to I-77. This leads south to I-26, which joins I-95 in South Carolina.

This route is about the same distance as I-75 to Orlando and a little short- er if you are visiting the East Coast of Florida. I-77 is a toll road with more hills but a fraction of the traffic. It is also very scenic. You encounter mountains further north, so keep an eye on the forecast as you want to be sure you are not driving into a snow storm. Customers tell me it is very nice in the spring. 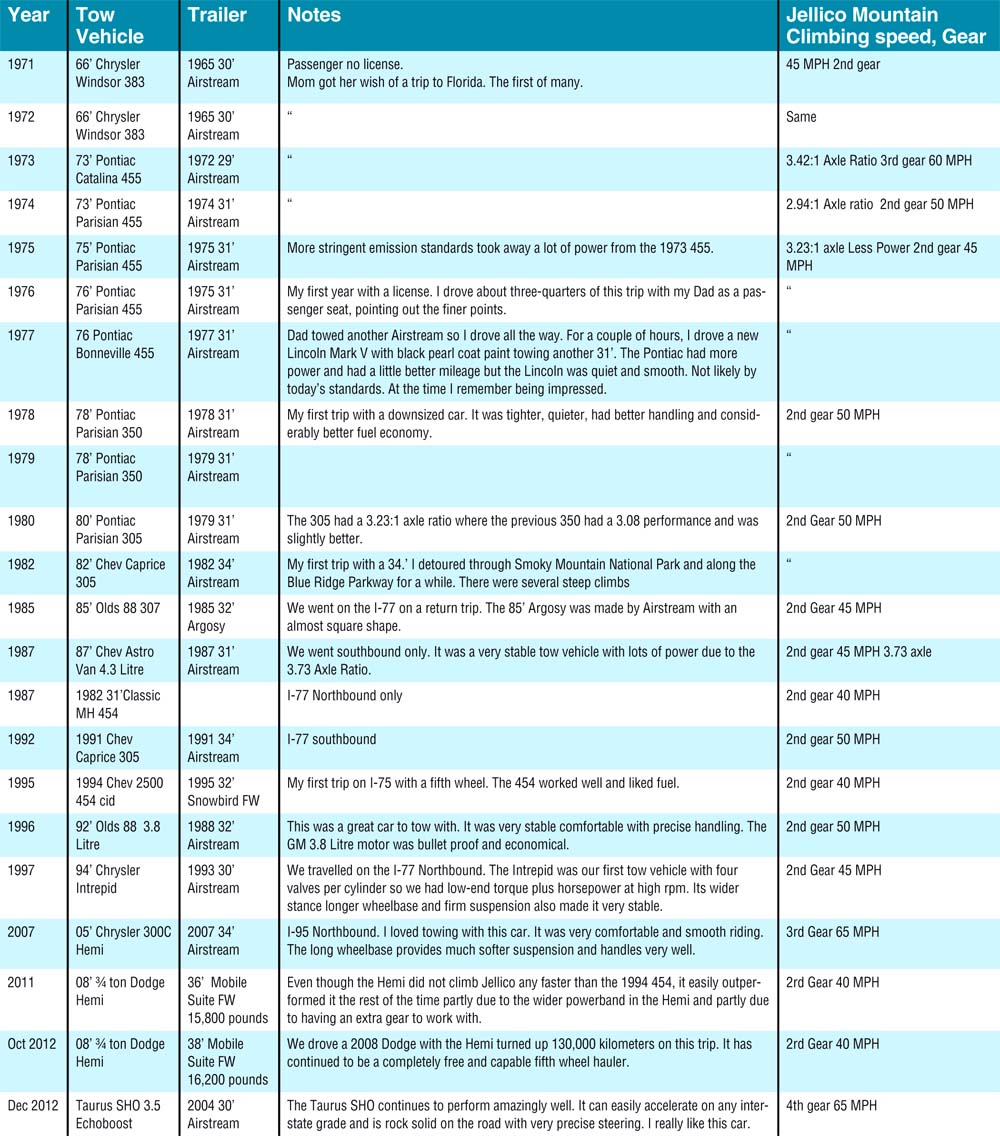 New Products for your Camping Adventures…