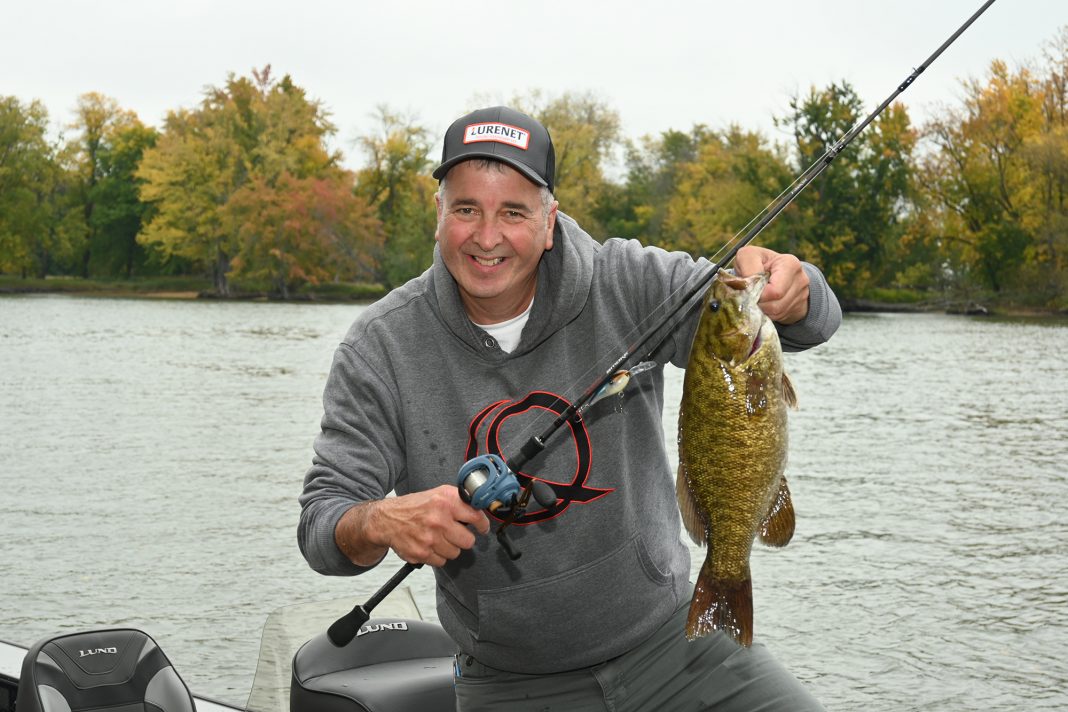 The Art and Science of Baitcasting

For many anglers, the first choice in fishing tackle is to buy one of those cool rod and reel sets you often see on TV or in magazines. The fishing industry refers to these as baitcasting gear – here are a few points you should know about this category of fishing equipment…

As with many types of specialized equipment, a baitcasting rod and reel can be a pleasure to use – or a nightmare. When you pick up a baitcasting rod and reel, you have to take a few minutes to understand how the equipment works, and how you can take advantage of its features to land more lunkers. It isn’t a difficult rig to master, but if you don’t practice the basic technique of baitcasting, you might spend most of your time untangling a “birds’ nest” of fishing line.

Happens all the time…

I have often encountered anglers who did not take the time to become familiar with their new rod and reel before heading out on a fishing adventure with some friends. Beaming with pride at how great the new tackle looks, he makes his first cast, trying to launch the lure as far as possible. As the lure flies through the air, it comes to an abrupt and unceremonious halt – the reel has malfunctioned, and the line has transformed from a magnificent Spiderman strand into a mass of tangles. The novice baitcaster tells himself that it’s only a slight technical detail; he untangles the line, winds it back onto the reel, and casts again. The inevitable happens. Over and over again. After a dozen attempts, our intrepid angler has only managed to make one or two casts without his line getting entangled. Embarrassed, upset, perplexed, frustrated and unhappy, he puts his new reel aside. It’s a technical knock-out for the fish – and a disappointment for the angler.

Back from his trip, our frustrated angler goes back to see the clerk at the store where he bought the rod and reel, and explains the misadventures. He is upset and calls the reel “defective” and demands a refund… but the fault does not lie with the equipment – it is a technique issue – the fisherman had no idea how to adjust the reel to enjoy the optimal fishing experience.

The best way to understand the inner workings of a baitcasting reel is to open it. You should have three separate parts: the case, the spool, and the side access plate. Baitcasting reels can be set-up for right or left-handed operation – in most cases, they come from the factory set up for right-handed use. With a right-handed reel, if you look closely at the reel when it is disassembled, you will see that there is a metal rod, a few centimetres long, on the right side, which is actually the central shaft that the spool will spin on during casts. If you put the spool back in the case, you will notice that the stem seems to be positioned inside a big adjustment knob. When you turn the knob, it will create pressure on the shaft, slowing the rotation of the spool. This is the main adjustment, which anglers refer to as “drag.” You should adjust the drag setting of the reel according to the weight of the lure you wish to use. When you are finished, and you press the clutch bar, the lure will drop ever so slowly and come to a stop when it hits the ground.

If you look on the other side of the spool you will see small tabs – which are weights. These are part of the variable/centrifugal braking system. As the spool spins, the tabs will cause friction inside the brake housing, slowing the rotation of the spool and preventing the line from tangling from the momentum of the line being pulled off the reel. Adjusting the braking feature helps to eliminate this problem. This micro adjustment is especially useful during the last phase of the cast, when the lure is about to finish its trajectory. If you activate 60% of these weights, this should allow you to cope with most casting conditions. Some baitcasting reels, usually less expensive models, offer a magnetic braking system as a micro adjustment. As the spool spins, small magnets form a magnetic field that prevents the spool from spinning out of control. Adjust the main dial to about 60% of the maximum resistance, and everything should work fine.

The First Cast is the Sweetest…

When you watch an archer firing arrows at a target 30 metres away, and he manages to centre his shots in a bullseye the size of an apple, it’s quite impressive. The archer will tell you that it’s not that difficult. Ask him if he had the same results, at the same distance, with the first shots he ever took. The answer is obviously “no way!” Like all the other archers, he started shooting arrows at ten metres. Then, after refining his technique, he moved to 15 meters, then to 20, and so on. In the same way, you must properly set-up your new baitcasting gear before hoping to get the full potential of your rod and reel.

The mistake that most anglers make with baitcasting reels is that they will try to throw a lure 30 meters on the first cast. Please don’t try this at home… Instead, follow this procedure to become proficient with your rod and reel, before you try it out on the fish.

The logical first step to avoid problems is to perform side-arm casts on a horizontal axis until you refine your technique and become comfortable with casting. Don’t leave more than 15 centimetres of line at the end of the rod to avoid any backlash during the cast. If you have properly adjusted the reel before casting, when your lure touches the water, the reel should stop turning by itself, thus avoiding line tangles. As an added precaution, always control the rotation of the spool with your thumb, applying pressure just as your lure hits the water.

Baitcasting problems arise mainly when anglers try to cast with an overhead motion. What often happens is that the lure crashes into the water a few metres in front of the angler. To avoid this embarrassment, practice making high casts. When you initiate the casting motion, remember to release your thumb pressure on the spool when the rod is still behind your ear. Otherwise, when you move the rod from behind you to in front of your position, the flex of the rod will violently project your lure straight to ground (or water) level at your feet.

Remember that when casting horizontally or from above, it is best to hold the reel a bit away from your side. The reel will then more easily respond to the movement of your arm, and it will not try to pull itself out of your hand. It will also be easier for you to achieve casts with bow and arrow accuracy by using your thumb to stop the flow of the line as the spool turns.

Advantages of a Baitcasting Rod

The guides of a spinning rod are oriented towards the ground. If we have for example, seven guides, it means that the line is supported in seven places as you retrieve your lure. The guides of a baitcasting rod, however, are positioned on the top of the rod or, if you prefer, towards the sky. This means that the line makes much better contact with the rod, making it easier to detect what goes on under the water as you retrieve the lure. This also gives a baitcasting rod a lot more power when casting and retrieving, compared to a spinning rod.

Here is the secret to why baitcasting equipment is easier to handle than spinning tackle.

The worst enemy of fishing line is when an angler, equipped with a spinning reel, continues to turn the handle of his reel when the drag is being pulled, whether this is because of a fish taking the lure, or a snag on the bottom. If your reel has a gear ratio of 6:1, it means that for each turn of the crank, the bail will make six revolutions around the spool. Each of these revolutions introduces a twist to your line. So, if you crank 15 times while the drag is running, you will introduce approximately 90 twists to your line. The reel will now be almost unusable because of the twists generated. (This figure of 90 is obtained by multiplying the “ratio” of 6 by the number of handle revolutions). The beauty of the baitcasting reel design is that when the drag is activated, the handle turns freely, thus never causing problems of twisted line.

When you become a baitcasting pro, you will be able to cast a lure as far as a spinning reel, if you choose a lure heavy enough. The best thing is that it will only take you two to three seconds to properly adjust the reel each time you change the type of lure.

You can use your baitcasting rod and reel for all types of fishing: casting, trolling, downrigging, jigging. You can fish with surface lures, and you can make under-hand casts (pitching), or try flipping (pendulum throws), and a variety of casting techniques.

What you Need to Know…

The baitcasting rig is designed to launch lures that are heavier than 3/8 ounces. It usually takes this much weight to create enough energy to spin the spool. Highly skilled anglers will be able to use lighter lures, but not smaller than ¼ ounce – which will induce the risk of creating a memorable bird’s nest tangle!

It is important to use line having a diameter equivalent to that of 10 lb. monofilament or greater. If you choose a thinner line, it will not offer enough resistance when casting. In this case, an experienced baitcaster could get away with 6 – 8 lb. test without too much trouble. Remember that we are talking about line diameter and not the rated capacity of the line. This means, for example, that you should opt for a super line like P-Line X-BRAID TCB 8 in 30-50 lb. test.

Patrick Campeau is a professional angler and 3-time champion. Inducted Member of the Canadian Fishing Hall of Fame.

Spreading Environmental Awareness with the OWF