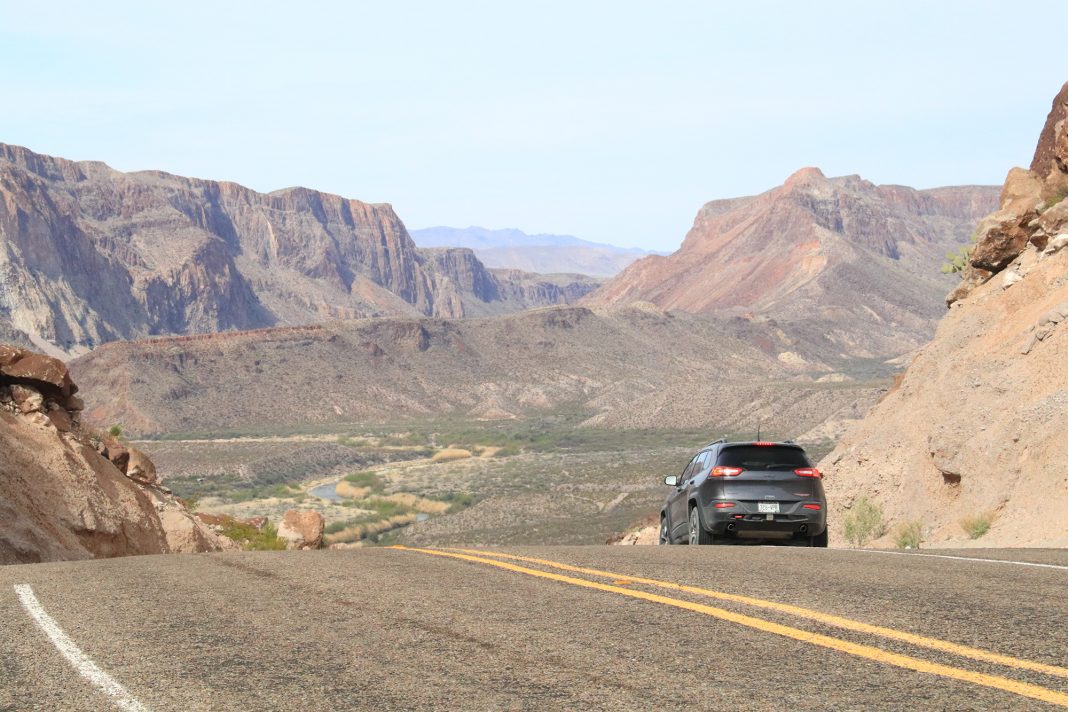 Winding along the southern border of Western Texas, the Rio Bravo del Norte, edges a land of rugged beauty, which few Canadians ever bother to visit. If you go to Big Bend State Park, be prepared for a dry, hostile country, with only one good road, and that’s the highway along the river.

This patch of Texas was so rugged and inhospitable, that it was thought to be uninhabited. They called it El Despoblado, which pretty well describes it even if you don’t know the language. Early people were living there 10,000 years ago, and there are numerous rock art sites across the parks, along with campsites and shelters. If you are looking for such sites, they will most likely be found near springs, or streams. Some of the pictographs show people, local animals, and patterns of the stars. More modern humans drew cattle, horses, and Spanish artefacts.

In 1845, the United States took the land from Mexico, allowing USA citizens to roam into Mexican lands and do as they want.

In the 1800’s, many people, often perhaps running from the law, disappeared into the canyons. There they began hard scrabble ranches. They would find a spring, build a cabin, and try to survive. It was survival of the fittest, and only if you had a dependable water supply. To improve their odds some ranchers dammed streams to catch and hold the meagre spring run-off.

Eventually more successful ranchers purchased the smaller ones and expanded. The Fowlkes family, in 1934, owned 300,000 acres. They hung on until the 1950’s. A drop in the price of wool, and a massive drought meant they couldn’t survive. The next owner expanded even more. He gave the right-of-way for a road along the river which we can now enjoy as the Camino del Rio. None of the ranchers, even the large rich ones, were able to hang on to their ranches. Drought, and falling prices made them sell. Eventually private groups and others raised money to be used for purchase of the land for park use.

Why would you wish to go to such a park? You won’t find a park quite like it in Canada. Trees usually cloak our mountains. Not here! But there is a strange, harsh, lure, one that draws you further into the mountains and canyons of Big Bend State Park. Springtime will reveal a green park. Grasses and flowers burst from seemingly barren ground as they grab the remnants of winter’s moisture from the soil. Autumn brings colours to the trees in the sheltered canyons. High vantage points may provide some stunning views.

There are several trails through the park, although very few reach the main highway. Many of these were probably made by the early inhabitants, and later, the ranchers. Throughout the park there are many campsites. There is an interactive map on-line (see links at the end) which will tell you what you need to have to access them. Some are reachable with a 2wd vehicle, over rough roads. Some are listed as 4wd, and then there are the 4wd high clearance trails.

There are a few easily accessible campsites on the east side of the park along the river, just off Tex-170.

Very little is left of the early ranches, except a few water tanks, windmills, and the trails. These are definitely attractions, seeing the remains of efforts of people who tried to make a living from the land. If you camp at the interior campsites, nights will provide you with magnificently clear skies. It’ll be as if the stars were just out of reach. There will be no city lights to intrude. In fact, it’s very unlikely there will be any manmade noises to break the silence of the night, unless you are unfortunate enough to be near some camper who had to bring it all, his generator, ATV, and portable TV, or noise box.

The park is a hiker’s paradise! Among the 239 miles of trails, there is a wide variety to choose from. If you want to ride horses, there are some trails good for easy riding, and some of the hang-on and hope variety. Some of the trails are only for hikers because the terrain is so steep or just plain rocky and rugged. There are few signs, so be prepared for primitive trails, and a few rocks piled at critical places to indicate what might be a turn-off trail. Obtain a map from the Park Headquarters before heading out. Carry lots of water, know where you are going, and tell someone who can watch for you. Cell phones probably won’t work.

The geology of the area makes the scenery. It’s a section of high desert in the Chihuahuan Desert with mountains peaking at 5,135 feet. If you look at a geological map of North America, you will see the major landforms come to a point in the park.

The Solitario, is a 10-mile-wide dome found in the northeastern section of the park. If viewed from high up, it resembles a meteor crater but is likely the result of eroded volcanic episodes in the park’s history. If you can picture a blob of magma pushing upward, bulging the earth’s surface like a large boil, you then are visualizing the Solitario before erosion and collapse of the lava chamber.

If you want a closer look, follow the 27 mile, 2wd rough road to the Sauceda Ranger Station. It’s not a road for motorhomes and trailers. Just east, there is an overlook that gives a good view of the dome. A 4wd vehicle is needed to reach Fresno Vista which gets you a bit closer. There is camping closer to the dome at McGuirk’s Tanks, which are water tanks left over from ranching days. You can find some hard hiking trails as well.

The Sauceda area is now the Sauceda Historic District. Its correct name is Sayulita named after the willow trees that surrounded a running spring. Here, the many owners of the ranch had their headquarters. With each new owner, buildings expanded or were built as needs determined. The Sauceda Bunkhouse offers single bed lodging, bunks lining both sides of the room. There is also a community kitchen.

Although the park used to be primarily for sheep and goat ranching, the Texas longhorn cattle also existed there. Officials purchased the land, and a small herd of the existing cattle. Longhorn cattle are tough and can scrounge out a living where other cattle can barely exist. This Big Bend Country certainly met the minimum requirements. A section of land called the Llano Pasture has become their new home. The Llano loop road is suitable for most 2wd vehicles, unless it gets wet, and then even 4wd vehicles may be stuck. The cattle sport massive sets of curved, sharp horns, that can measure up to 7 feet between the tips. One look at them, and you probably won’t need any other warning signs to tell you not to get close.

If you decide to stay on Tex-170 you should be ready for hills, and a crooked highway. There are a few pull-offs available for views down onto the river and north into the valleys and cliffs of the park. Then there is ‘The Big Hill”. This is a long, steep, 16% grade, on the eastern side of the park. The highway climbs onto a cliff which looms over the river, meaning it was not possible to build a lower-level road. Heavy vehicles have had trouble on this Big Hill. Imagine your problem if your RV has insufficient power to make it to the top. You have to hold it with the brakes, and somehow back down without losing control. If towing a car, it’s going to be impossible. It’s better to unhook, try to climb the hill with the motorhome, and then hookup on the other side.

When you look at the mountains, and broken terrain of the park it’s difficult to imagine people living and working there in industry. Thanks to the candelilla plant, wax production became important in the early 1900’s. Early primitive man may have used the plant to make wax. The low plant, maybe about two feet high, is mostly stems that grow in large circular clusters. The plant coats itself with wax to keep in the moisture. People learned how to render the plant to get the wax. They used crude vats, added water and candelilla plants and boiled the mix, then collecting the wax released. One such production plant you might visit if you hike into Fresno Canyon. Also in the Fresno Canyon are the remnants of the Crawford-Smith Ranch. They lived near the creek, where there was a hand spring. Imagine how isolated you would be if you lived in Fresno Canyon.

There were also mines in the area. You can see the Whit Roy, and the Fresno mercury, often called quicksilver, mines by taking an 8 miles hike to Fresno Canyon. Cinnabar is a red ore that contains the heavy, liquid mercury you perhaps have seen in thermometers, or in your chemistry class.

In these old mines it was dug often with a pick and shovel for small deposits. The cinnabar ore is then heated so that the mercury drips out, or they heated the ore until the mercury escaped as a vapour and then had to be condensed. It was poured into special flasks that weighed 76 pounds. Mercury is poisonous and many of the workers could not avoid touching it or breathing the vapour.

Freight wagons carried the flasks over the unforgiving, rough terrain through the present-day park, taking a couple days to reach the railway at Marfa, to the north. For far flung mines, the locals transported the mercury slung on the backs of donkeys.

With such a large park, and so little development, it’s no wonder campgrounds come in many types. There are drive-in campgrounds. Some you can reach with a 2wd, others need high clearance vehicles and 4wd. Some campsites are used by those who pull a horse trailer to the location and do their hiking on horses. Along the river, on the eastern side of the park there are campsites easily reached off the highway. There are also backcountry campsites reached only by hiking. Whatever your interests, there are trails and campsites you will enjoy.

The same canyons that contain springs and running water and attracted humans, are home to a wide variety of birds, mountain lions, bear, and mule deer. This is rattlesnake country, so always hike with that in mind. Watch where you step when climbing over rocks, be careful of where you place your hands when you climb.

Big Bend State Park in Texas is a place to go for the adventurous individual. The broad, rugged terrain is a scenic wonder, and tough enough to force you to look after yourself. If you are looking for quiet canyons, and lonely vistas, give this park a visit in the cooler months.

Guide for 4wd in the park:
Roads to Nowhere:  https://tpwd.texas.gov/publications/pwdpubs/media/pwd_bk_p4501_0152k.pdf 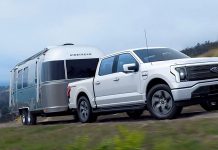