Realizing the importance of engine oil will prevent problems down – and while on – the road.

There are many functions of engine oil. It lubricates, cools, cleans, seals, and protects against rust and corrosion in automotive engines.

A thin film of oil holds spinning parts away from stationary parts to prevent friction from metal-to-metal contact, which can wear away surfaces. Oil helps cool the engine by absorbing heat from moving parts and transferring it to the oil cooler in the radiator where it’s diffused into the surrounding air. Oil splashes on the bottom skirt of the pistons to help transfer the heat so the pistons do not expand inside the cylinders.

When driving small particles of grit enter the engine through the air cleaner where they can grind against any moving parts. It also washes away these bits of metal, dirt, and other particles and deposits them in the oil filter to prevent damage.

With a properly lubricated engine, friction is reduced, fuel economy is increased and the engine life is extended as it ideally cushions moving parts. It also helps seal the piston rings and cylinder walls to maintain compression and prevents air from coming in contact with the steel parts of the engine that would cause oxidation or rust.

When buying engine oil, the markings on the tin are often confusing. Some markings (on the top of the tin) refer to American Petroleum Institute (API) service ratings, which range from SA for the lowest quality of oil to the latest SJ synthetic oil for modern engines with turbochargers.

The owner’s manual will suggest the best oil rating to maintain the warranty of your engine. A better rating of oil can be used, but never use a lower-rated oil for an engine. The viscosity or oil weight is the measure of the fluidity of the oil, or its ability to flow. Higher numbers indicate a heavier oil and lower numbers like SAE 5 or 10 refer to oils that flow easily in colder weather. SAE is the abbreviation for Society of Automotive Engineers.

In cold weather, oil thickens and resists flowing. This could make your engine hard to start and result in poor lubrication until the engine warms up. In hot weather, oil becomes thin and cannot provide the lubrication it requires as it breaks down causing damage to moving parts. This is why multi-viscosity oils are commonly used. It acts as a very thin, easily flowing oil when the engine is cold, then acts like a heavier duty oil to provide protection as the engine gets up to operating temperature.

Always use the viscosity of oil recommended by the engine manufacturer. However, some older high-mileage engines benefit from a heavier weight oil to help seal and lubricate parts that have worn. This may also prevent oil from passing worn piston rings during deceleration when a high vacuum can draw the oil into the combustion chamber where it burns (and results in blue smoke coming out the exhaust).

Synthetic oils are wax-free and flow better in colder temperatures. They also contain additives that combat breakdown (or chemical changes) that form sludge, which blocks the galleries (the small passages in the block and head) that the oil travels through to lubricate individual parts, thus preventing corrosion, gumming by oxidation, and foaming from air bubbles.

Air will not hold moving parts away from each other. Synthetic oils often allow the engine and differential to run cooler, and permit more mileage between oil changes. Many new trucks come from the factory with synthetics in the oil pan and the rear differential. Calcium and magnesium detergents in the oil help keep the engine clean, and dispersants keep sludge and dirt in suspension until it can be removed by the oil filter.

Engine oils consist of about 30 percent oil and the balance is made up from various additives. Most automotive engineers believe there are enough additives in the best quality engine oil so there’s no need to buy extra additives from an automotive distributor. Phosphorous and Zinc additives in synthetic oil are important to engines with turbochargers as they maintain anti-wear lubrication after the engine shuts down. The high heat from the exhaust gases in a turbo can cook normal oils in its bearings as it spools down after the normal oil flow stops.

The oil pump supplies the crankshaft bearings, camshaft bearings, lifters, and rocker arm assemblies through a series of oil galleries. Oil is sprayed on the valves and splashed on the bottom of the pistons for cooling and lubrication of the connecting rod and wrist pin. The rings on the pistons clean the oil off the walls of the cylinder as the piston goes down so the oil is not left to burn in the combustion chamber. If the valve guides become worn, then oil can migrate up the shaft of the valve where it can burn in the combustion chamber. 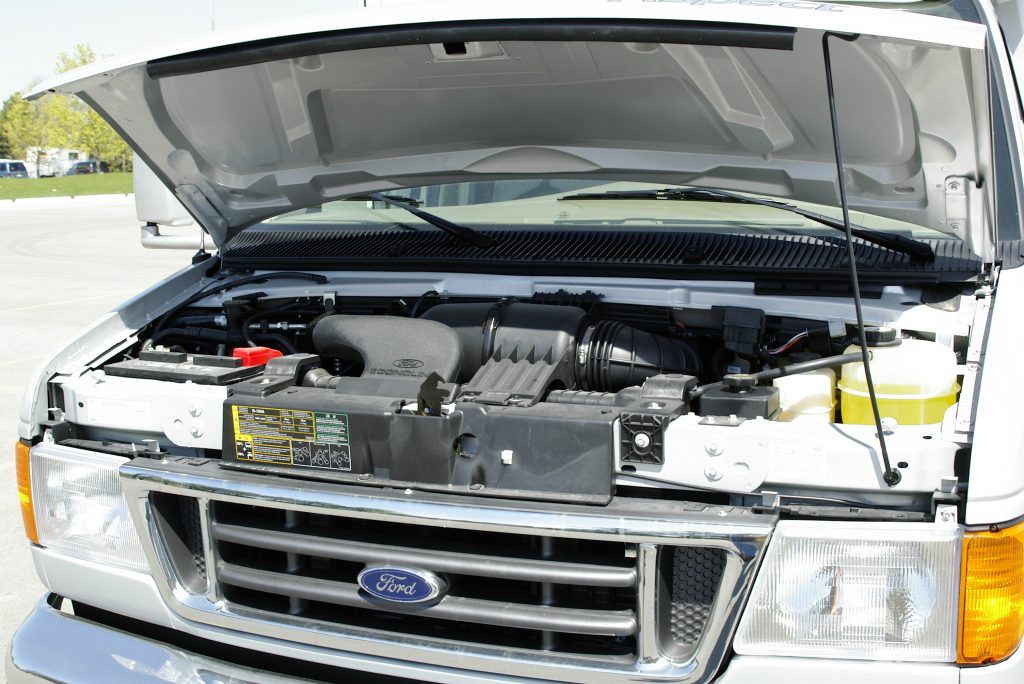 If an engine does is low on oil, or there is no oil at all, then the parts are not being lubricated. One GM engineer told me that if a 7.4 L big block gas engine is not using a quart of oil in 1,000 miles, then it may not be getting the lubrication it needs.

Oil filter elements are normally made from either paper or cotton to allow the oil to flow but block and trap small debris such as metal particles, carbon, rust and dirt. Bypass oil filters are commonly used to protect the engine from oil starvation if the filter element becomes clogged. When the oil pressure is too high, which can be caused by cold or thick oil, the bypass valve will open allowing unfiltered oil to flow to the engine bearings, preventing major damage. 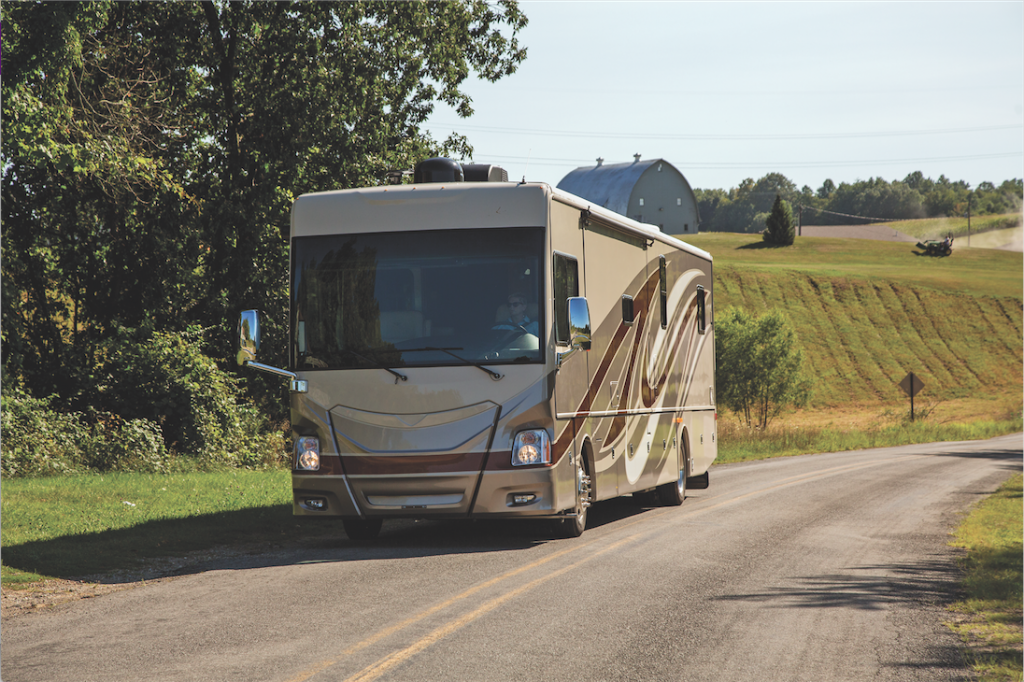 Oil coolers may be used to reduce the temperature of the oil in heavy duty engines and vehicles with a trailer-towing package. The oil is pumped through a device similar to a radiator so excess heat can be driven off by a strong flow of air as you drive. If your vehicle is not moving down the road, the only air flow comes from the radiator fan, which may not be enough to cool the oil.

The positive crankcase ventilation system (PCV) draws toxic fumes out of the engine crankcase and burns them in the combustion chamber. This helps prevent sludge formation that could restrict the oil circulation in the galleries and pollute the atmosphere with vapours.

It’s best to check the oil at least once a month when the vehicle is on a flat surface, when its cool and has been shut down for a while. This allows the oil to drain back down into the sump where the level is measured. Look at the oil on the dipstick to be sure that it is clear and doesn’t have a burnt smell. The oil will be darker than new oil as it removes dirt. If you drive with the oil down one quart then you are depriving the engine of 25 percent of its lubrication capability, making the rest of the oil do more work and absorbing more heat. Never fill the oil over the full mark on the dipstick as this can cause foaming from a mixture of oil and air.

Some automotive manufacturers recommend staying with the same brands of oil since different additives may be used by different companies. Even though it’s “only an oil change,” it’s a critical component of responsible vehicle maintenance. Having your teeth cleaned every six months isn’t the same as having bridgework, but by doing the former you can avoid the latter. 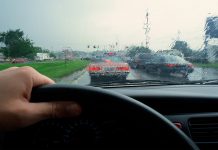 Driving in the Rain 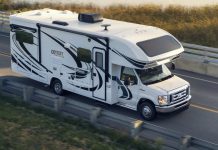 What’s under your Motorhome? 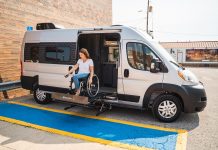 RVing in the Post-Pandemic Era

Ruffin’ it with your dog: what to know before bringing your...